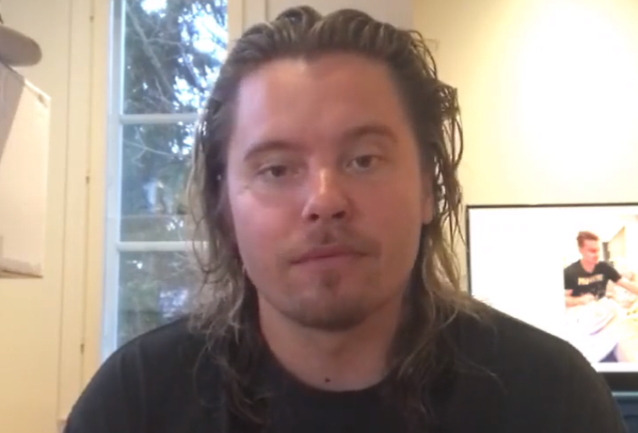 SANTA CRUZ Frontman Denies 'Miming' At Whisky Concert: 'Do Not Talk About Something You Don't Know Anything About'

SANTA CRUZ frontman Archie Cruz has fired back at reports that he was "miming" to a track during the band's performance last week in West Hollywood, California.

On April 6, SANTA CRUZ — whose current lineup consists of Cruz along with new recruits Jerry Jade (guitar),Tommy Bradley (bass) and Randy McDemian (drums) — played a show at the legendary Whisky A Go Go venue. The following day, a fan-filmed video of SANTA CRUZ performing the song "Under The Gun" was posted on the "concertsrock" YouTube channel, showing Cruz at one point walking away from the microphone while the singing continued to be heard through the P.A. until Cruz, Jade and Bradley returned to their microphones for what was the song's chorus section.

Two days after the concert, SiriusXM radio personality Eddie Trunk took to his Facebook to share the concertsrock video of the "Under The Gun" performance, and he included the following message: "This is beyond words … everyone I guess just okay with this?! As I've said and have been saying this has become an epidemic that needs to stop . So bad it's to the point this band doesn't event attempt to fake their lip synching.. stunning. Imagine paying to see a band you love 'live' and it's anything but. What's the point? Imagine you are a band that puts the work in to be live, and others don't, play to a computer , and fans talk about how great they sound.. pathetic. It's the norm in pop, it's gotta stop in rock. Bands, fans and promoters have to care that a live rock show is live or it will only get worse. Madness."

After initially suggesting in an Instagram Story that the whole thing was planned and intentional, Archie, whose real name is Arttu Kuosmanen, finally addressed the criticism in a video message posted to his social media on Tuesday (April 12). In the two-minute video, which can be seen below, he said: "I just feel like I need to clear some shit out. Obviously, there's been a lot of backlash after our show at the Whisky last Wednesday. And we've been accused of 'miming' on the track, which is not true. We did have backing tracks, but we just had some layers, and that is literally what every fucking big band is doing right now, which just happened to fuck up the timing, so I feel like I need to clear that out right now."

Archie then reproduced his vocal track from the section of "Under The Gun" where the alleged "miming" took place, and explained: "This is my vocal. This is what I do live. That's my track. That's 100 percent live. And what we had in the P.A. was an octave-lower harmony and an octave-higher harmony to back that shit up." He went on to play a recording of what he said was on tape to back up his live performance during the Whisky concert, and he added: "So, please do not talk about something you don't know anything about or do not accuse us of doing something that's not true. So, piss off and shut the fuck up."

In addition to uploading a video message explaining the Whisky mishap, Archie shared an Instagram Story in which he publicly apologized to Trunk for telling him last week in a social media post that he "fucked with the wrong crew" and that his "career will be over soon". "Even though I don't think he was in the right for what he did," Archie said of Eddie, "calling him names was NOT the move and not how one should behave."

"Under The Gun" is the first single from SANTA CRUZ's new album, "The Return Of The Kings", which will be released this fall via M-Theory Audio. Cruz recorded the follow-up to 2019's "Katharsis" as a one-man studio project throughout 2021 in his native Finland. 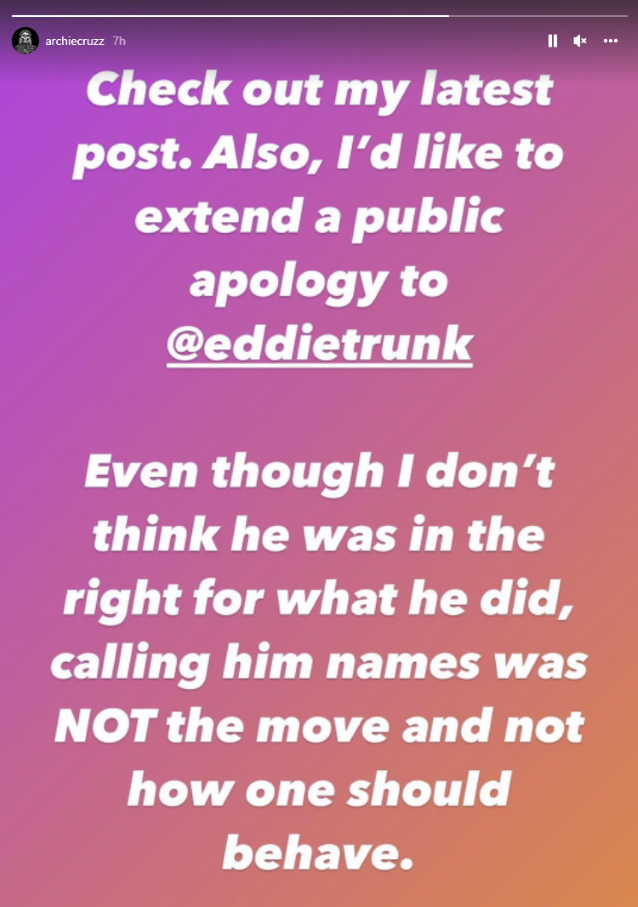 As I said during my show yesterday this issue is way beyond just @SantaCruzBand . I actually like the band & had Archie on once. I appreciate the apology but I personally will always believe live rock should be live. And a TON of bands do NOT play to tracks. https://t.co/X40ZMv6rV7

This is beyond words … everyone I guess just okay with this?! As I’ve said and have been saying this has become an...

I have long railed against the epidemic of bands using tracks live. And how fans & promoters just accept “live” acts & paying to see a band “live” and it’s anything but. This is how bad it’s become. Everyone okay with this?! Unreal! https://t.co/EHp6zW57i4 v 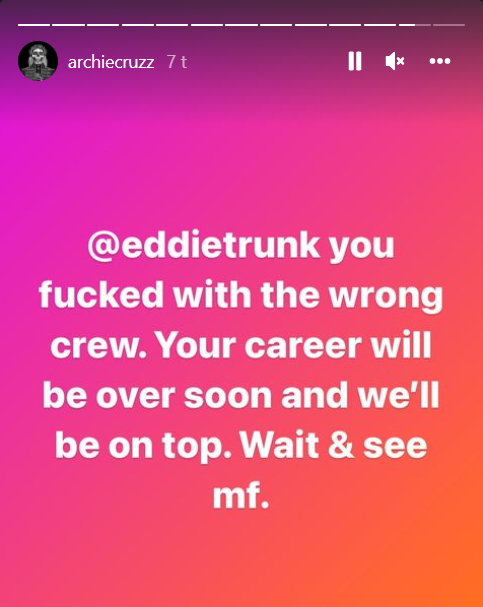