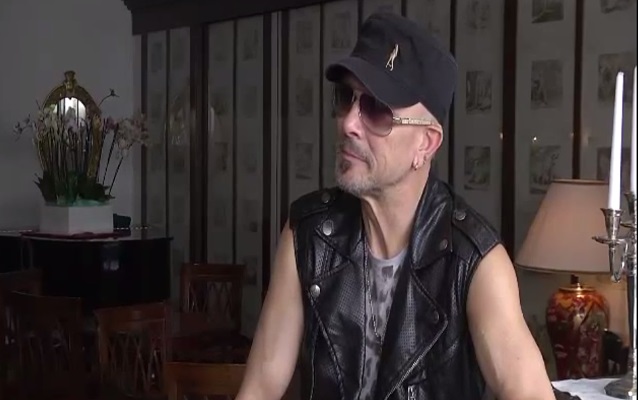 Zed! Entertainment Italy conducted an interview with guitarist Rudolf Schenker of German hard rock veterans SCORPIONS earlier today (Friday, July 18) ahead of the band's performance at the Hydrogen festival in Padova, Italy. You can now watch the chat below.

In a new interview with Deutsche Welle, Schenker along with his bandmates, SCORPIONS singer Klaus Meine and lead guitarist Matthias Jabs, were asked what changed their minds about retiring after announcing in 2010 that they would end their career following a three-year farewell tour.

SCORPIONS' latest release, "MTV Unplugged", was made available in North America on January 21 via Sony International. Material for the set was taken from the band's first-ever "MTV Unplugged" show and features new acoustic versions of best-loved classic hits, as well as five brand new songs. "MTV Unplugged" is available in two formats — a standard CD and a deluxe version featuring CD + DVD. "MTV Unplugged" was released in 50 countries, a testament to the German band's iconic status worldwide.