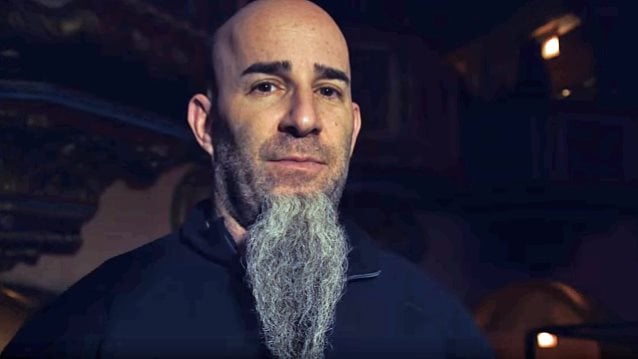 SCOTT IAN: 'There Will Be More ANTHRAX Records'

ANTHRAX guitarist Scott Ian says that "For All Kings" won't be the band's final album despite drummer Charlie Benante's suggestion to the contrary.

Ian's comments came only hours after Benante gave an interview to EonMusic in which he said the "inspiration" to make another LP "may not be there."

Benante said: "I don't even know if there will be another record. This may be our last record. I'd rather go out on a high."

But Ian said via Twitter: "Don't let clickbait headlines fool you. There will be more ANTHRAX records."

In a 2015 interview with Overdrive, Ian said that the writing process for "For All Kings" didn't start until 2012. He explained: "We were out on the road in America on the [Rockstar Energy Drink] Mayhem tour and then back [in Europe] with MOTÖRHEAD near the end of that year. Charlie stayed home from that tour, because that's when his hand really started to become a problem, so that whole time he was home, he was working on the new material. Then in early 2013, when Frank [Bello, bass], Charlie and I got together in the jam room in my house, that's when the official writing really started for this new album."

Benante told The Aquarian Weekly that he was motivated to conjure a vintage ANTHRAX vibe during the early stages of writing "For All Kings".

"The first three or four songs I had for this record were flat-out thrash, a throwback to the old days, and they needed to be written," Benante explained. "I became possessed by my guitar. It was like my guitar was making me write these songs."

After penning the first few speed-laden tunes, the band chose to get adventurous.

"We wanted to explore different types of songs, and have this musical landscape that takes you somewhere from start to finish," Benante said.