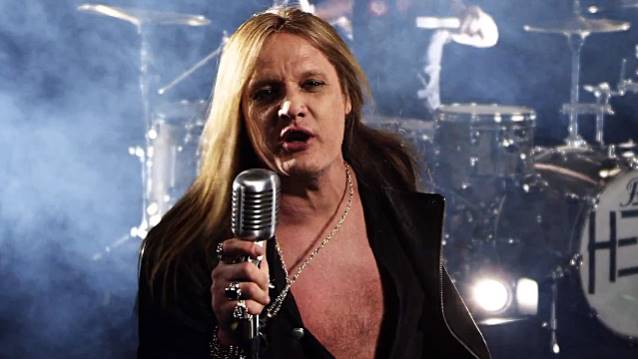 Former SKID ROW singer Sebastian Bach will releae new solo album, "Give 'Em Hell", on April 22 via Frontiers Records. The follow-up to 2011's "Kicking & Screaming" was once again produced by Bob Marlette, who has previously worked with ROB ZOMBIE, BLACK SABBATH and SHINEDOWN, among others.

Of the new album, Sebastian Bach enthused: "I could not be more proud of the new CD, 'Give 'Em Hell'. As a rock music fan myself, I listen to it every single day. As a musician, I honestly feel like I have reached a new level of album recording. As an audiophile, I could not be more blown away by the sound! The production and mastering sound so good that it's perfect to show off your high-end stereo system.

"Ever since my first record, 'Skid Row', on through 'Slave To The Grind' up to 'Kicking & Screaming' and 'Angel Down', I have always been concerned, first and foremost, with making quality records for my fans. And I can honestly say that 'Give 'Em Hell' meets or even exceeds the standards set by some of the records I have put out in the past.

Fans who pre-order from iTunes will be able to get the first taste of new music as the pre-order includes an instant download of the song "Hell Inside My Head", a classic loud and heavy rocker from Bach.