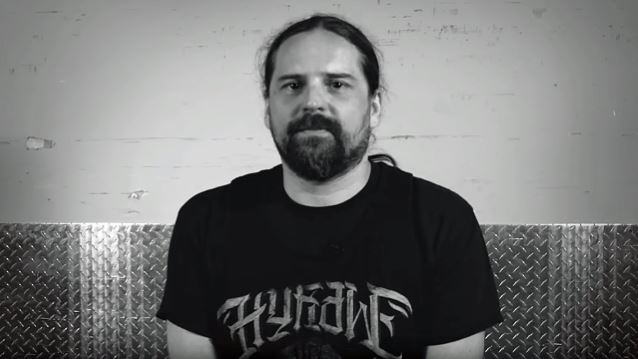 SEPULTURA guitarist Andreas Kisser was the latest victim of the "Jackson Speed Round" challenge, and he held up quite well under the pressure of Jackson's rapid-fire questioning.

Can you guess what he'd be doing if he wasn't a musician? Or what his guilty pleasure album is? Get all the answers in the clip below.

SEPULTURA played a new song called "I Am The Enemy" during their July 2 appearance at the Rock Al Parque festival at Parque Simón Bolívar in Bogota, Colombia. The track will be featured on the band's new album, due in October via Nuclear Blast. The follow-up to 2013's "The Mediator Between Head And Hands Must Be The Heart" was recorded at at Fascination Street Studios in Örebro, Sweden with Swedish producer Jens Bogren, who has previously worked with OPETH, KREATOR, PARADISE LOST, SOILWORK and AMON AMARTH, among others.