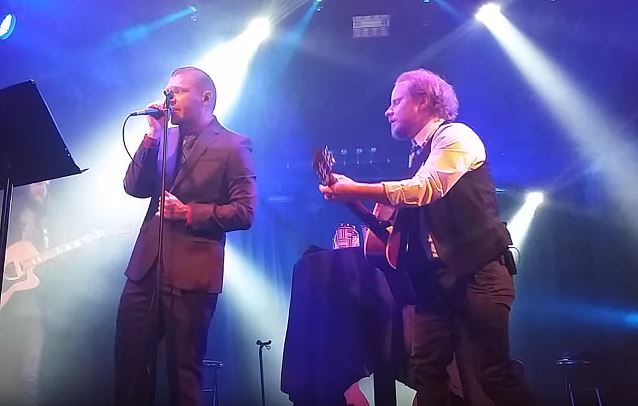 SHINEDOWN frontman Brent Smith and guitarist Zach Myers kicked off their acoustic tour on December 4 in Destin, Florida by paying tribute to late STONE TEMPLE PILOTS singer Scott Weiland with a performance of the STP classic "Big Empty". Fan-filmed video footage of their rendition can be seen below.

SHINEDOWN has done acoustic shows throughout its career and Smith told The Pulse Of Radio a while back that it's always fun. "Yeah, we love it, man," he said. "We still don't strip the songs down, though, even when we play 'em acoustic. We still rock the hell out of 'em. But I mean, it's a lot more intimate, it gets more personal, you know, with the audience. They're like, it's really up close and, you know, it kind of gives the audience a chance to dive into the band's psyche and we love it. We love doin' it. We never say no to it."

In January 2014, the pair released a digital EP called "(Acoustic Sessions)" under the name SMITH & MYERS.

The final selection was chosen from thousands of submissions by fans and narrowed down through daily voting on Facebook. 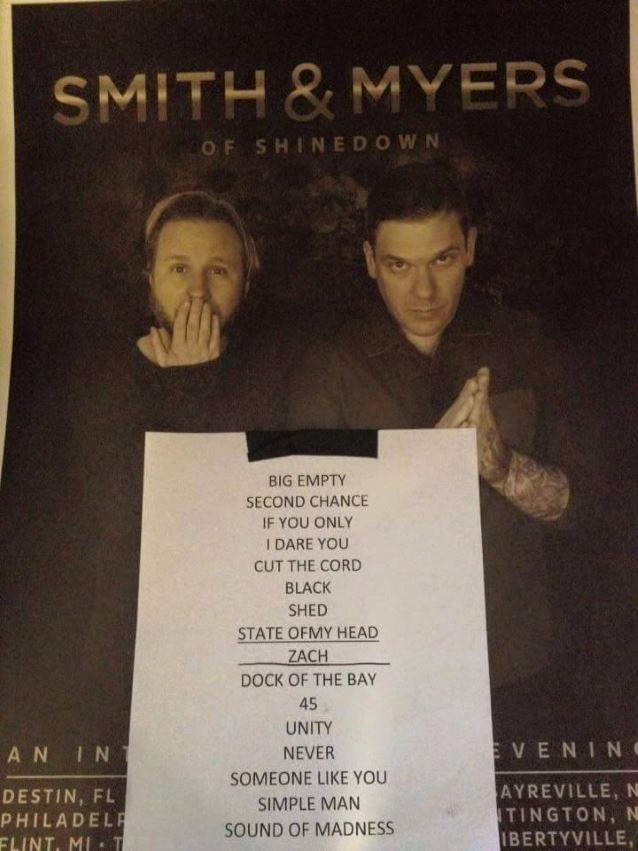