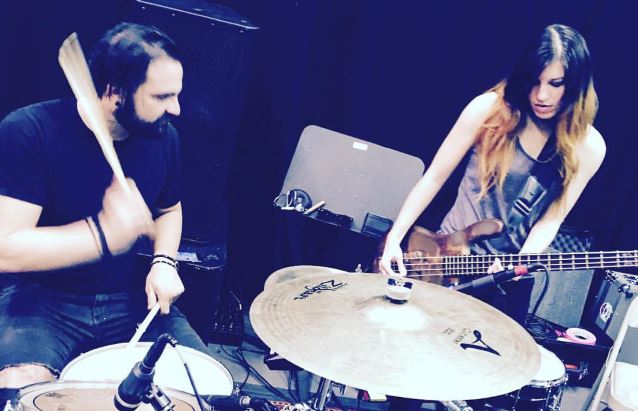 According to The Pulse Of Radio, SICK PUPPIES have stayed relatively low-key since splitting with singer and guitarist Shim Moore in 2014, but now the band is starting to drop hints that it is ready to resurface. The group has released a new black-and-white teaser video that shows quick images of bassist Emma Anzai, drummer Mark Goodwin and the new frontman, whose identity has yet to be revealed.

SICK PUPPIES stated via Facebook: "To all of our incredible fans who have been patiently waiting, here is a sample of what’s to come. We are so excited to unleash this upon the world! We have poured everything we have into it and are stoked for you to hear it."

The music in the clip sounds heavier on first listen than what the trio has done in the past.

The band has not provided any further details about the identity of its newest member, but said the announcement of the new singer "will be sooner than you think."

There's no word yet on a new album but SICK PUPPIES have booked several festival dates for next year, including Welcome To Rockville on May 1, Carolina Rebellion on May 6 and Rock On The Range on the weekend of May 20.

To all of our incredible fans who have been patiently waiting, here is a sample of what's to come. We are so excited to...