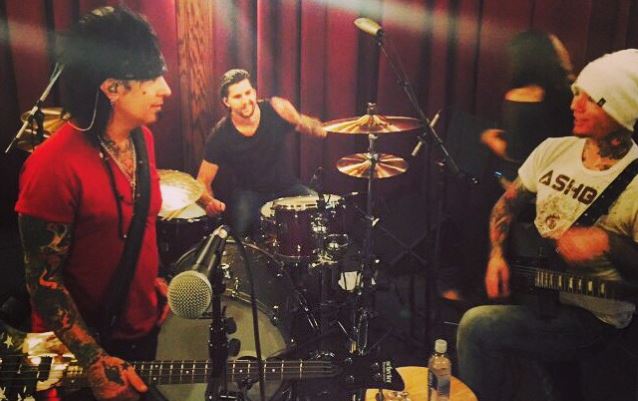 SIXX: A.M., the band featuring MÖTLEY CRÜE bassist Nikki Sixx alongside guitarist DJ Ashba and vocalist James Michael, has hired drummer Dustin Steinke of the Canadian rock band BLEEKER RIDGE to sit behind the kit for SIXX: A.M.'s upcoming U.S. tour, which is scheduled to kick off in early April.

Based in Orillia, Ontario, BLEEKER RIDGE was previously signed to the Canadian branch of Roadrunner Records and recently completed work on a new album with Michael at the production helm, due later in the year via the Eleven Seven label.

Steinke made his live debut with SIXX: A.M. on February 19 at the Nippon Budokan in Tokyo, Japan as part of Vampark Fest hosted by the rock band VAMPS.