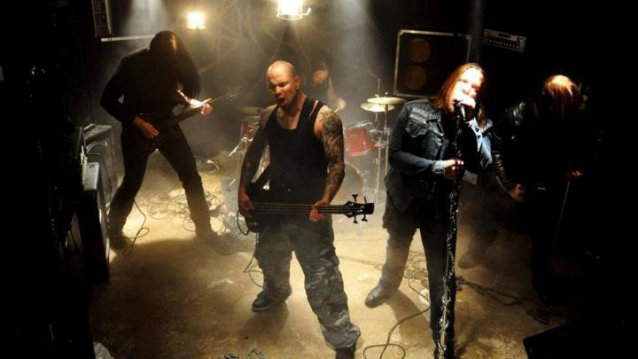 Says Martin in a statement: "I've been off the death metal ride for almost two years now, getting some much-needed time to reflect on what I want to do.

"When I talked to the guys in SKINEATER about this, I immediately felt that this is something I want to be a part of.

"It feels great to finally be back doing what I love to do and I look forward to recording songs as well as playing live with these guys."

Vocalist Jörgen Ström left SKINEATER last month "because of lack of time and motivation to put in all the hard work that is necessary to keep the band moving forward."

"Dismantled" comes off SKINEATER's debut album, "Dermal Harvest", which was released in North America on Febuary 19, 2013 (January 28 in Europe) via Pulverised Records.