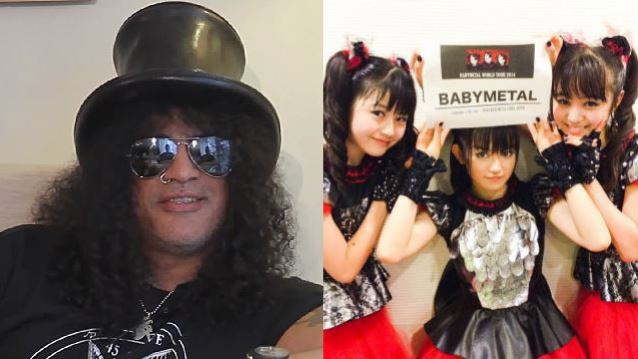 SLASH: BABYMETAL Is 'The Most Exciting Thing That I'd Seen Recently'

During an appearance on InterFM's "The Dave Fromm Show", legendary guitarist Slash was asked for his opinion on the Japanese pop-metal group BABYMETAL. "I've heard these guys. I know these guys," he said (hear audio below). "Anyway, [it's] the most exciting thing that I'd seen recently, what I heard. 'Cause they have a look, and they're girls."

Asked if he would ever consider playing a show with BABYMETAL if the opportunity arose, Slash said: "Yeah, sure."