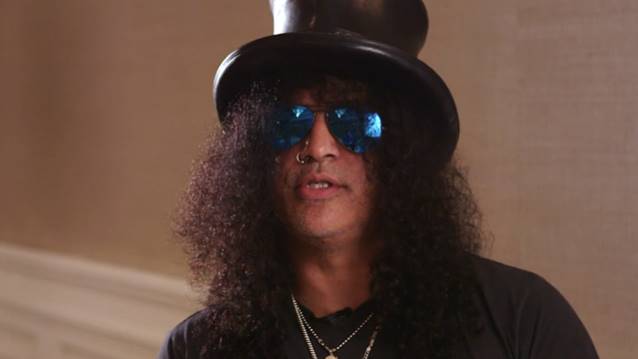 In a 90-minute live concert event — "Slash Featuring Myles Kennedy And The Conspirators Live From The Sunset Strip" — viewers get a front row seat to Slash's recent show at one of Hollywood's most iconic venues, The Roxy, as part of Guitar Center's 50th-anniversary celebration. Filmed in stunning 4k and 5.1 surround sound, the special features songs from "World On Fire" as well as classic GUNS N' ROSES and VELVET REVOLVER hits. The concert brings a rock legend back to the stages where his career began: The Sunset Strip.

Watch a trailer for "Slash Featuring Myles Kennedy And The Conspirators Live From The Sunset Strip" below.

Watch a trailer for "Slash Raised On The Sunset Strip" below. 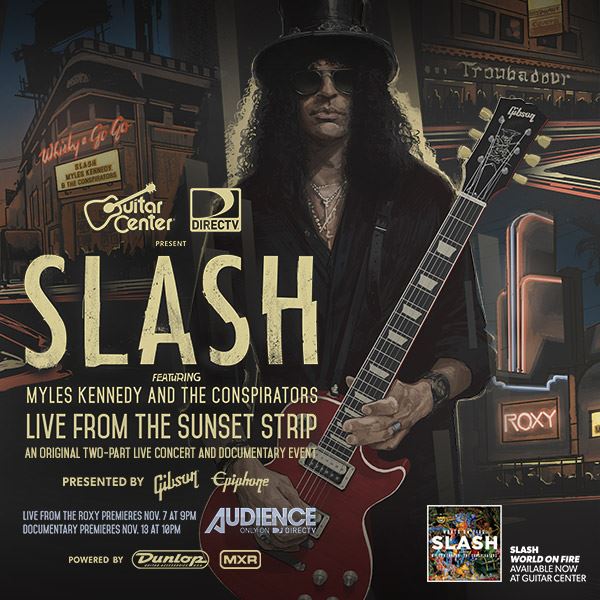