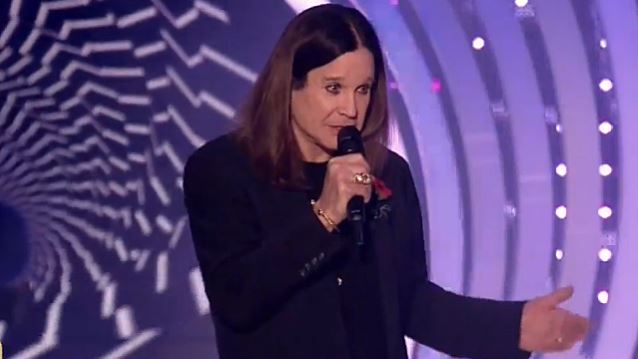 Check out video footage of the performance at MTV.co.uk.

"For four decades the Prince Of Darkness has rocked anyone who dared to listen," Slash said. "This is a guy who does not know how to do ordinary. He scares the hell out of most people and all bats. But to me is a gentle man and a gentleman."

Ozzy thanked and blessed his fans for coming before adding "I don't know where they got this icon shit from".

Ozzy's solo career retrospective, "Memoirs Of A Madman", was released on October 7.

Even though he will turn 66 this December, Ozzy told The Pulse Of Radio a while back that he has no intention of calling it quits. "I don't wanna stop, you know," he said. "It's been the biggest love affair of my life."

"You'll know when I've come off the road permanently. I mean, you'll know!"

The "Memoirs Of A Madman" CD collects 17 of Ozzy's biggest solo hits and fan favorites, will be available as a single CD, two-LP set and two-LP picture disc set.