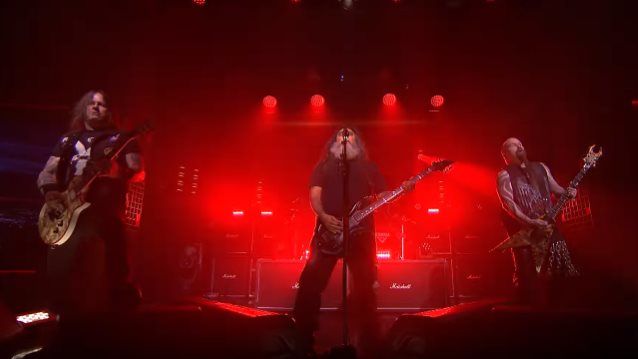 Two-time Grammy-winning thrash/metal legends SLAYER performed their iconic song "Raining Blood" on last night's (Thursday, July 27) edition of NBC's "The Tonight Show Starring Jimmy Fallon". They also took part in a "Tales From Tour" segment in which they shared road stories about a free throw gone wrong, leaving bandmates at rest stops and a crazy night in Canada. Check out the footage below.

Immediately following yesterday's taping of "The Tonight Show", SLAYER headed over to New York's Theatre at Madison Square Garden where the band headlined as part of its summer U.S. tour.