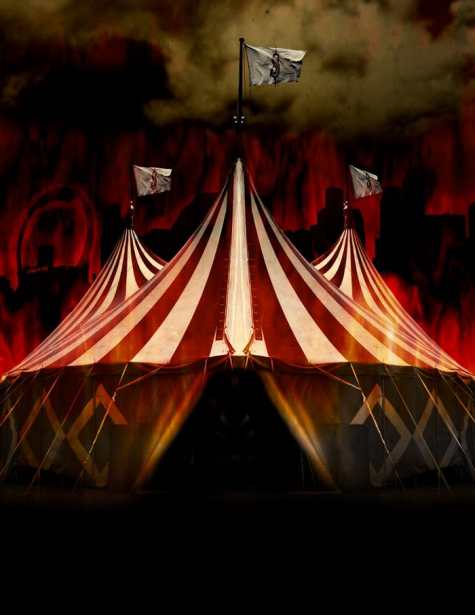 SLIPKNOT will make a "big announcement" on Monday, according to a posting on the band's official Facebook page. The artwork that accompanied the message can be seen below.

As previously announced, SLIPKNOT's greatest-hits album, "Antennas To Hell", is scheduled for release on July 17 via Roadrunner Records.

There is no word yet on which tracks will be included on "Antennas To Hell", and if it will contain any previously unheard music or other bonus content.

SLIPKNOT vocalist Corey Taylor has confirmed that the group is finally "putting together demos" for its fifth major label album, which it is expected to begin recording next year for a mid-to-late 2013 release.

SLIPKNOT is getting back to work after an extended hiatus following the passing of bassist Paul Gray in 2010. May 24 was the two-year anniversary of Gray's death from an overdose of drugs.

Playing bass on SLIPKNOT's recent tours has been early band member Donnie Steele. Percussionist Shawn "Clown" Crahan told The Pulse Of Radio that Steele has been doing a great job, but no decisions on a permanent replacement have been made. "Donnie's a beautiful person and he's just done a remarkable job," he said. "He's always got a smile on his face and he's doing Paul proud and Paul's proud of it and it's amazing. He's filling in for Paul now and we'll see what happens in the future, but it's way too early to even remotely even entertain those ideas."

Crahan said in an interview with Metal Injection in March that all the members of SLIPKNOT had been writing music, adding, "But nothing is done because we're not together yet. And there is no reason to get together and talk about it because there are other things moving, like the grieving process."

SLIPKNOT will headline the Rockstar Energy Drink Mayhem Festival tour this summer in the U.S., starting on June 30 in Devore, California.