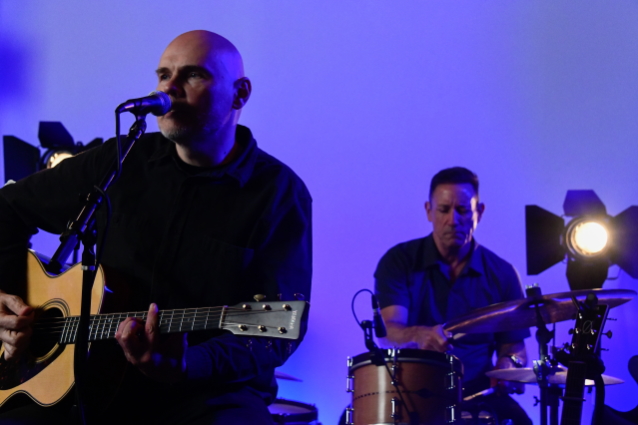 Last night, SMASHING PUMPKINS leader Billy Corgan and his partner Chloe Mendel brought together artists and locals for a very special and intimate "Together And Together Again" benefit to raise funds for the Highland Park Community Foundation's July 4 Fund. During the evening, which was livestreamed across the world, Billy was joined by his SMASHING PUMPKINS bandmate and fellow Chicagoan Jimmy Chamberlin, alongside Perry Farrell who performed a stripped-down, bluesy version of the JANE'S ADDICTION classic "Jane Says". Bob Moses and father/daughter duo BILLY AND SIERRA SWAN each performed a captivating and intimate set of some of their best-known songs. Janelle Lake played "Clair De Lune" on harp. The legendary FRANK CATALANO QUARTET performed a thrilling jazz set, including a version of Coltrane's "Impressions", with Corgan on guitar. Corgan also treated viewers to a stripped-down performance of the SMASHING PUMPKINS classics "1979" and "Today", as well as two brand new songs, most poignantly "Ithax", a song he wrote last month in the wake of the tragedy.

Said Mendel: "I honestly have a lack of words to express the amount of gratitude we have for this community. How we join during times of darkness and turn that energy into light makes me very proud to call Highland Park our home. Highland Park will not be defined by what happened but by how we stand with one another to heal and continue to heal. This has been a true honor.".

Added Corgan: "We had such an amazing night of music, tears, and laughter at Zuzu's, all in tribute to those victims of this unspeakable atrocity and the heroes who ran towards danger to help the innocent. It was truly an honor to stage this concert with our dear friends and raise these funds, which are so desperately needed in our Highland Park community."

The full performance is available to view on the SMASHING PUMPKINS YouTube channel, where viewers can continue to donate. All proceeds will go to the Highland Park Community Foundation July 4 Fund. So far, the virtual benefit has raised over a quarter of a million dollars through YouTube donations, merchandise sales and private donations.

Merchandise featuring art by Gary Baseman can be purchased until Monday, August 1. All proceeds will go to the July 4 Fund. 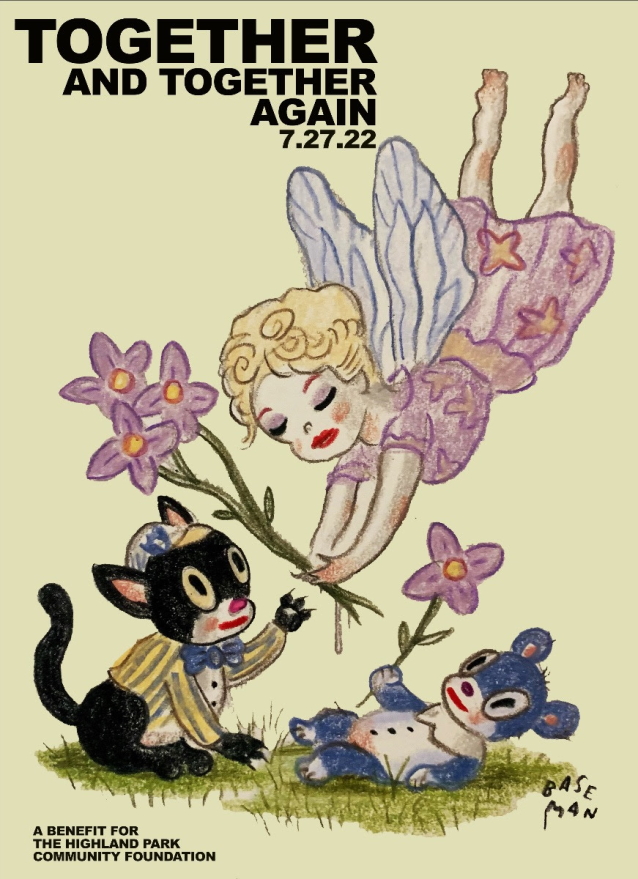