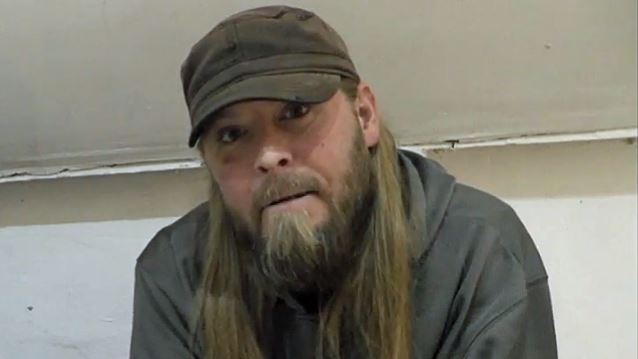 SOIL frontman Ryan McCombs has weighed in on underdog Donald Trump's stunning upset of Hillary Clinton in the U.S. presidential election, saying that while he is "not a Trump fan," the real estate mogul is much a better choice than "the criminal he was running against."

Speaking to Metal Underground before SOIL's November 9 concert in Bristol, England, McCombs said that he was "happy" with the election outcome, before elaborating (see video below): "I'm not a Trump fan. I think that's the thing that a lot of people get [wrong]. [If I say] I'm happy about the election, people think, 'Oh, he's a Trump fan.' I'm not, but you know what? He's not a career politician. He may not talk like a polished politician. He talks like you and I. He uses words like 'them' and 'they,' and then people wanna turn around and say he's being racist or whatever. He's just… He's not a polished career politician. And do I think he's great? No, not at all. But compared to the criminal he was running against? I couldn't be happier for the country. 'Cause that was an evil, evil woman. So I'm very happy with [the outcome]."

McCombs also addressed the fact that Trump's surprise election victory has raised concern among some world leaders after a string of controversial statements he made during his campaign. "I know a lot of people are scared — especially overseas," Ryan said. "The Democratic party has controlled the media in the U.S. for the past eight years. But if you really break [it] down, there's so much 'he's this' and 'he's that.' Find me something. Find me something other than somebody saying that about him. Find me something that actually comes from him. And that's where the arguments stops."

Ryan did admit, however, that he did not personally vote in the latest election, blaming it on the fact that "I moved just before this tour, and I forgot to set up the whole… Basically, it was too late for me to register in my new location. So I didn't end up voting."

SOIL recently commenced the songwriting process for a new studio album, tentatively due in late 2017.