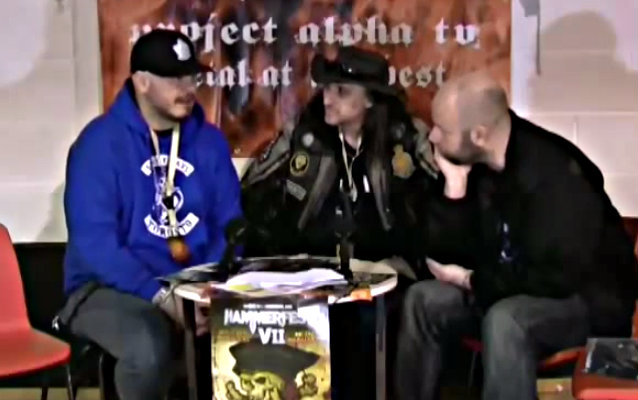 On March 14, Project Alpha TV conducted an interview with vocalist Björn "Speed" Strid of Swedish metallers SOILWORK at this year's Hammerfest, which was held at Hafan y Mor Holiday Park, Caernarfonshire and Merionethshire, Wales. You can now watch the chat below.