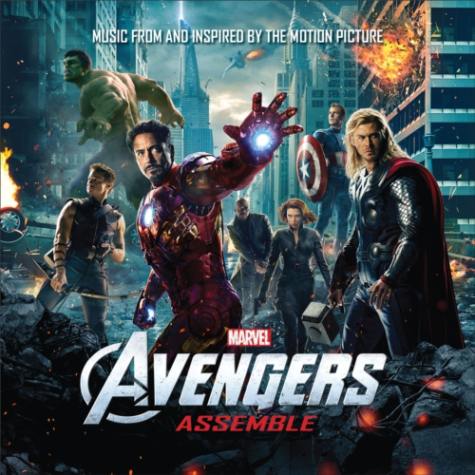 "Live To Rise", the official video for the first SOUNDGARDEN song in almost 16 years, can be seen below. The track was made available as a free download on iTunes beginning April 17 as part of the promotion of "Marvel's The Avengers". The seven-day promotion included an exclusive clip, "The Face Off", from the superhero team-up movie coming out on May 4.

"Live To Rise" was written specifically for "Marvel's The Avengers" after SOUNDGARDEN was approached about contributing a song to the film.

"The hard part of writing a song for a film is it has to act as a SOUNDGARDEN song, first and foremost, then obviously, it has to coexist with the film," SOUNDGARDEN singer Chris Cornell told Billboard.com.

Cornell told Seattle radio station KISW that fans should not think of "Live To Rise" as an indication of what the rest of the group's new record will sound like. Chris explained, "Some of the songs on our new album are pretty far left of center, and sort of zero in on more of a hardcore SOUNDGARDEN fan and not necessarily a family that goes to see a film like that. Although ['Live To Rise' is] not really what I think of as a necessarily family-friendly song, but it's as close as we've ever come."

The singer added that the tune wasn't specifically based on the movie, saying, "I think a film like this appeals to little kids all the way to old people because it's an action film, it's comic book characters, but it's also pretty witty dialog and accomplished actors doing it. So it had to be somewhat open to all of that. But also first and foremost it has to be a SOUNDGARDEN song."

SOUNDGARDEN officially reunited in early 2010 after disbanding in 1997. Since then, the group has played one full-length North American tour, a batch of festival and club gigs, and some overseas shows.

The group also released a career retrospective called "Telephantasm" as well as a concert album titled "Live On I5", which was recorded on its last tour before breaking up.

A release date and title for the new SOUNDGARDEN album have yet to be announced.