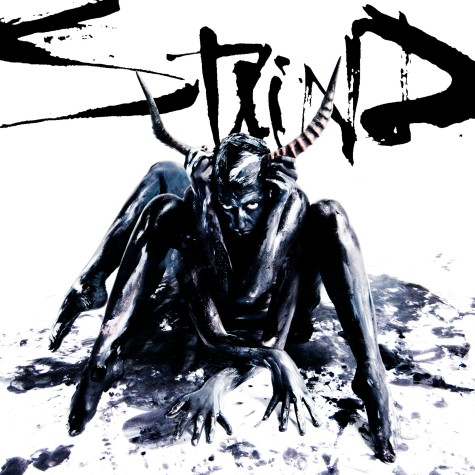 "Eyes Wide Open", the new video from Massachusetts rockers STAIND, can be seen below. The song comes off the band's self-titled seventh album, which sold 47,000 copies in the United States in its first week of release to land at position No, 5 on The Billboard 200 chart. The band's previous CD, "The Illusion Of Progress", opened with 92,000 units to debut at No. 3.

Produced by Johnny K – known for his work with 3 DOORS DOWN, DISTURBED, and SEVENDUST, not to mention his Grammy Award-nominated collaboration with STAIND, 2008's "The Illusion Of Progress" — and mixed by the legendary Chris Lord-Alge, "Staind" stands as STAIND's most intense and powerful work to date.

STAIND guitarist Mike Mushok said in an interview at GuitarWorld.com that making the band's new CD was a "miserable" experience because the band was on a tight deadline. After demoing "17 or 18" songs in December 2010, the group reconvened in January 2011 to begin recording the disc with producer Johnny K. Mushok explained that things starting going wrong at that point, saying, "During the sessions, it was clear Jon [Wysocki, drums] wasn't ready or on the same page, and the motivation wasn't where it needed to be. After thinking long and hard, we decided to do something different and decided to split up and do all the parts separately."

Mushok added, "I worked up at a studio in Springfield and Aaron [Lewis, singer] worked in his barn, and that's how we kind of finished the record. It was the first record we had a deadline with the label. They wanted the finished product by May 1st, so we had to get it done. We thought we weren't going to be able to do it, but we did and turned it in and they accepted it and were happy with it . . . It ended working out, but I would not like to live January to April of this year again. It was miserable."

Even though he was working in his own studio in his barn, Lewis told The Pulse Of Radio that being at home did not make the project any less stressful. "There was so much other mental fatiguing things that were going on," he said. "I mean, I was away from home for most of it anyways, 'cause I was playing solo shows on the weekends, coming home during the week and working until three 'clock in the morning in the studio, and it's definitely the most outwardly stressed out I think I've probably ever been."

STAIND ended up parting ways with Wysocki during the making of the album. A permanent replacement has yet to be named.