RATT singer Stephen Pearcy will embark on the "Metal In America XXX-Mas" tour later this fall. Along with his longtime backing band the RAT BASTARDS, Pearcy's high-energy set will cover all periods of his illustrious career — from solo material to ARCADE, and. of course, plenty of RATT classics such as "Round and Round", "Lay It Down" and "Body Talk". Support on most of the shows will come from '80s MTV favorites BRITNY FOX.

The dates are are follows:

* With BRITNY FOX
** With TWISTED SISTER 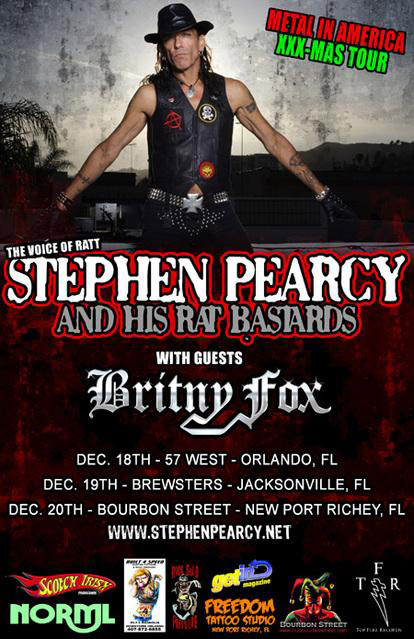