BRITISH LION, the side project of IRON MAIDEN bassist and founder Steve Harris, will embark on an 11-date tour of the U.K. in January 2023.

Special guests at all shows will be CONEY HATCH. It will mark the long-running Canadian band's first-ever U.K. tour (aside from a couple of one-off shows at Nottingham Firefest in 2011 and 2014) and featuring three members of the original 1980s lineup: bass player and vocalist Andy Curran, lead vocalist and guitarist Carl Dixon and drummer Dave Ketchum, along with guitarist Sean Kelly, who joined the band in 2018. Additional support on the tour will come from AIRFORCE.

Harris comments: "We're excited to be touring the U.K. again, especially as we'll be visiting many places we've not had a chance to play before. It's fantastic that we've got long-time friends CONEY HATCH coming over from Canada to join us. We had great fun when they were our special guests on the BRITISH LION Canadian shows in 2018. And we're happy to have our old mates AIRFORCE back out on the road with us too. Everyone is really looking forward to this tour and we can't wait to see everyone."

BRITISH LION last played live in the U.K. at this year's Download festival to a packed Dogtooth Stage following a headline pub and club tour of late 2021.

Asked by the Tampa Bay Times what the itch is that BRITISH LION scratches that he doesn't get in his job with MAIDEN, Harris said: "I suppose playing small clubs and being close and personal with the audience. I love playing big places as well. I enjoy them all, and I'm very lucky that I can do them all. But also, it's clubs that I never played with MAIDEN, even in Europe. There's a famous club called the Milky Way in Amsterdam, which I managed to play with BRITISH LION, but I never did that with MAIDEN. There's places that I'm playing on [the U.S.] tour that I've never played before. So it's all new ground. It's a challenge. It's nice. I like a challenge."

In a 2020 interview with Bass Player magazine, Harris said that he loves playing small clubs. "I'm very lucky that I can play all types of gigs; massive gigs and small ones as well," he said. "It's a change. I'm not trying to conquer the world with this band; there's not enough years left in me to do that anyway."

Asked if the different venues present a different set of challenges, Steve said: "I actually think it should be the same, whether you're playing for 200 or 200,000 people, you know. To me, there's no difference. You still give 110 percent wherever you're playing. We had one gig where the promoter just didn't do [anything]. I think we had, like, 95 people in there, but it was still a great gig, one of the best of the tour. It doesn't matter. We're still going for it, and I was proud that we went out there. It was fantastic." 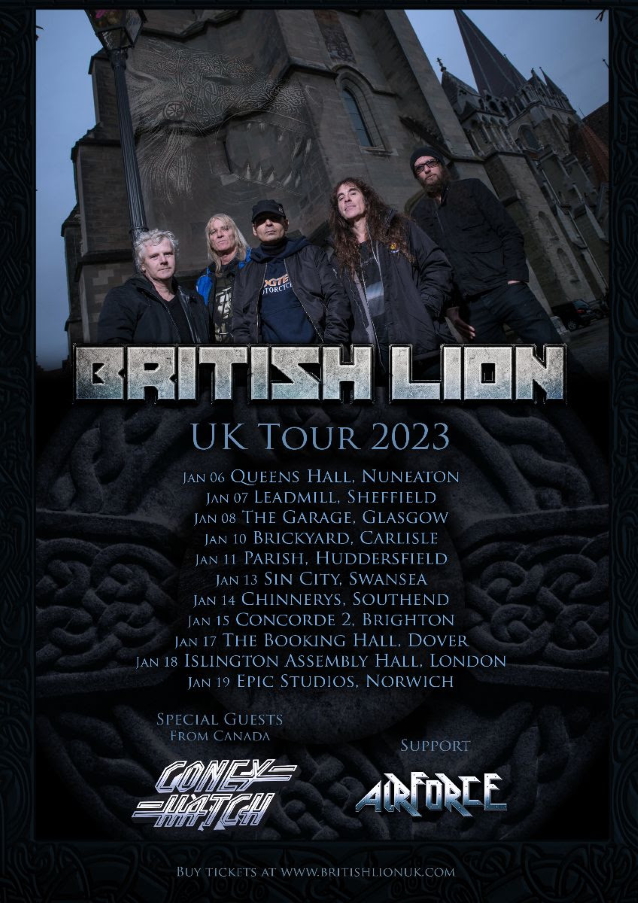