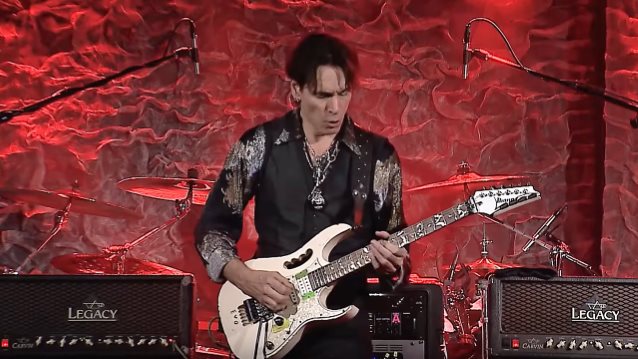 In an exclusive interview captured prior to his performance, Vai said: "When I wrote 'Tender Surrender', it was similar to any other song that I wrote that I thought was worth its salt. It came from just being present."

Vai continued: "I saw a great interview with Eric Clapton and they said: 'What are you thinking about when you're playing?' and he says, 'Nothing, just being in the moment.' And they said to Bob Dylan, I remember, 'Where do you get your inspiration from?' and he goes, 'I don't know.' Of course, Rolling Stone magazine, they're going to press him, 'What do you mean you don't know?' and he said, 'I don't know, it comes from that infinite pool of creativity that exists in everybody.' So I think that that's the right answer."

The full video can be seen below.

The episode will air nationally on public television. Check local listings for air dates and times.