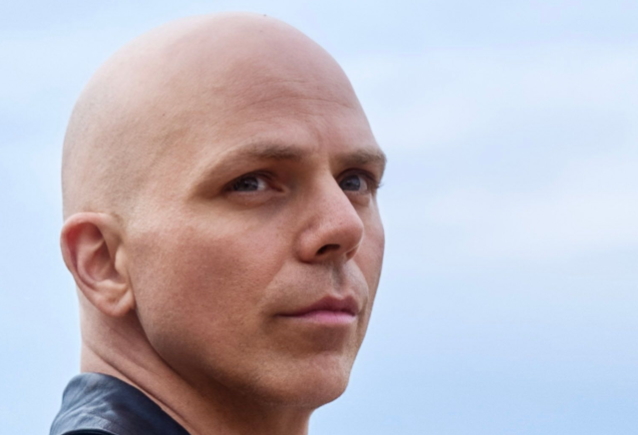 STONE SOUR Guitarist JOSH RAND: 'EDDIE VAN HALEN Was More Of An Influence On Me As A Keyboard Player'

In a recent interview with Guitarguitar, STONE SOUR's Josh Rand was asked if legendary VAN HALEN guitarist Eddie Van Halen was an influence on his playing. He said: "Well, here's the thing: not on guitar. Eddie Van Halen was more of an influence on me as a keyboard player, okay? [Laughs] Don't get me wrong: I'm sure everyone who reads this is gonna say, 'What the fuck is he talking about?' Eddie Van Halen, as a guitar player, is obviously on Mount Rushmore, hands down. Not only for technique — as an innovator, everything. I hold him at a high standard. But for me, he influenced guys that influenced me. That's really what it comes down to. It's like [Jimi] Hendrix. I love Jimi and I have massive respect [for him]. He's influenced everyone who's come after him on guitar for rock, but it doesn't necessarily mean he's my top choice in who I enjoy listening to. That's in no way meant as disrespectful."

He continued: "I like [the Sammy Hagar-fronted version of VAN HALEN] better than [the David Lee Roth-fronted one]. And also, with that being said, I will also say I consider them two different bands. I consider the David Lee Roth-fronted one to be a rock band that's about having a good time. The Sammy Hagar era, to me, became almost like adult contemporary, and it's also just the songwriting as a whole and the production is better. But like I said, that's just my opinion and I like both bands equally. If I was to learn more towards one, it's, like, sorry, but Sammy Hagar is a great singer. [Laughs] Sorry, Dave. I'd rather have Dave as, like, a talk show host. It would be so fucking entertaining, because his personality is so over the top and his persona's just... Let's put it this way: the guy does not lack confidence… But that's what everybody loves about him, you know?"

Rand is currently promoting the debut EP from THE L.I.F.E. PROJECT, his collaborative project with songwriter and vocalist Casandra Carson.

STONE SOUR has been off the road and out of sight since completing the touring cycle for its latest album, "Hydrograd". Singer Corey Taylor has been working with SLIPKNOT since then, recording and touring behind that group's sixth effort, "We Are Not Your Kind", as well as making his solo album, "CMFT".