STONE TEMPLE PILOTS will make their return to the live stage on Tuesday, November 14 at a special invitation-only concert for SiriusXM listeners at The Troubadour in West Hollywood, California.

A special e-mail went out to select SiriusXM subscribers today offering "a limited number of complimentary tickets" for this event. Attendees will be chosen in a random drawing from all who RSVP by 12 p.m. PT on November 2 the end of the "Entry Period."

The Troubadour concert will presumably mark one of the first STP performances with the band's new lead singer, whose identity has not yet been revealed.

STP has been without a vocalist since November 2015, when Bennington — who joined the group in early 2013 — departed to spend more time with his main band LINKIN PARK.

"We had fifteen thousand submissions that the three of us personally went through; I mean, it was a big deal to go through all those submissions," Dean said. "And there were some great people. It was just a matter of trying to find someone who really had all we were requiring of someone."

He continued: "It's, one, honoring the catalog and singing that to a point where it turns us on musically still. And then there's the part of writing new material and someone who could actually write lyrics and come up with melody and sing and knows how to use a microphone in the studio. It's a lot to ask of someone. And we're gonna do the best we can."

STONE TEMPLE PILOTS revealed last month that they found "somebody that fits the bill" as the band's new lead singer, but did not announce who he or she was.

Two of the names that have been widely circulated among fans are one-time "X Factor" contestant Jeff Gutt and Filipino vocalist John Borja. Gutt was rumored to have rehearsed with the group last May, while Borja recently applied for a U.S. work visa and has hinted at joining the band.

During the Rock 98.9 interview, Robert dismissed Internet speculation about STONE TEMPLE PILOTS' new singer as "all rubbish," with Dean adding: "It's been an opportunity for some people to really do some inappropriate self-promotion, is what I should say, and that's really kind of out of line."

STP last performed live, with Bennington on vocals, for a one-off reunion concert in California in March 2016.

The DeLeo brothers are currently promoting the twenty-fifth anniversary expanded reissue of STP's debut album, "Core", which arrived on September 29 — twenty-five years to the day of the LP's original release. 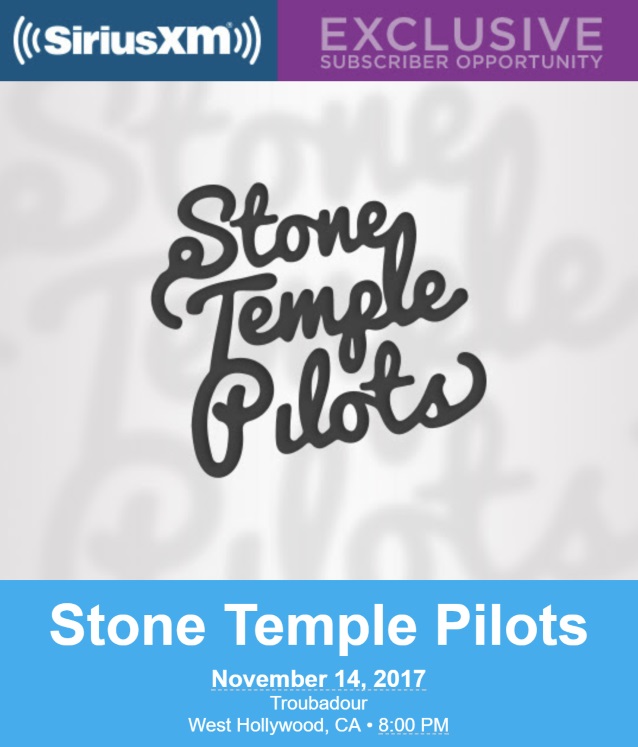