With the rise in popularity in the pagan/celtic metal scene, one of the true pioneers of the genre is ready to take the United States scene by storm. Over its fourteen-year history, SUIDAKRA has stayed true to its roots and the sound that it has become known for. The German Celtic metallers are returning full steam with their ninth studio album, "Crógacht". Combining fast melodic death metal, Irish folk music, and a torrent of harmonies, SUIDAKRA proves yet again that it possesses the ability to blend several different influences into its unique sound. To put a spin on things, new elements have been introduced, like traditional instruments (bagpipes, banjo, tin whistles),a sixteen member choir and epic orchestral arrangements.

Recorded at Gernart Studios with producer Martin Muchwalter, "Crógacht" delivers an aural assault. In addition to that, the eyes and mind of the listener will also be pleased, as famous Belgian graphic artists Kris Verwimp is responsible not only for the magnificent artwork in the digipack and 16-page booklet, but also for the lyrics of this fascinating concept album. "Crógacht", meaning bravery, is based on one of the most dramatic tales in Irish mythology. It tells the story of the hero Cuchulainn's epic journey to the Isle of Skye, where he seeks to learn the arts of war from the Scythian warrior woman Scathach. The decisions he then has to make set the events in motion that will lead up to his son Conlaoch's tragic fate…

With overwhelming reactions to their 2006 release, "Caledonia", and their November 2008 DVD/Best of CD, "13 Years of Celtic Wartunes", SUIDAKRA has performed over 200 live shows (including the Wacken Open Air festival five times),and successfully completed several tours in Europe, Russia, and a first-ever American tour.

SUIDAKRA's video for the new song "Shattering Swords" (directed by Sebastian Radtke) can be viewed below. The track comes off "Crógacht", which will be released through Wacken Records/SPV on the following dates: 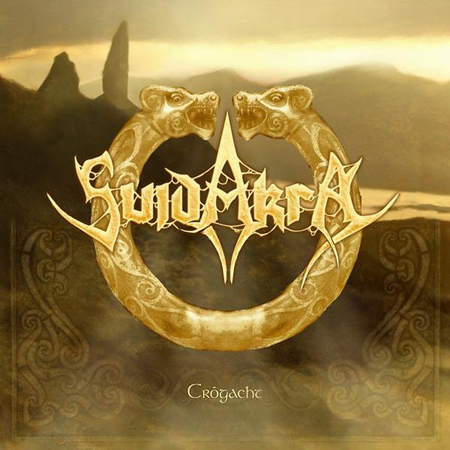