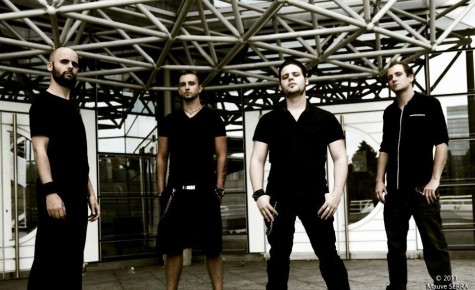 Swiss metallers SYBREED have entered Downtone Studio in Geneva to begin recording their fourth album, "God Is An Automaton", for a 2012 release via Listenable Records. The follow-up to 2010's "The Pulse Of Awakening" will once again be mixed in Los Angeles in April 2012 by Rhys Fulber, who has previously worked with FRONT LINE ASSEMBLY, FEAR FACTORY and PARADISE LOST, among others. The artwork will be created by Seth Siro Anton (SOILWORK, PARADISE LOST, SEPTICFLESH).

SYBREED earlier in the year recorded a new song called "Challenger", which was released for download on April 23 exclusively on iTunes. The track was enhanced with three "ass-kicking" remixes from BAK XIII, Voicians and Drop.

The "Challenger" EP was a standalone release, meant to serve as a sneak preview of the "catchy" kind of material SYBREED is working on for its next CD.

SYBREED will head out to Australia for a tour in March 2012.