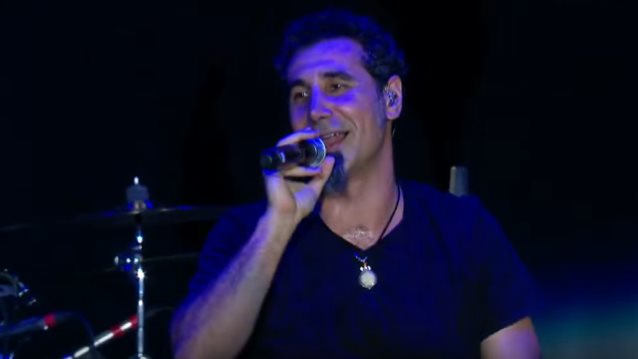 SYSTEM OF A DOWN's SERJ TANKIAN Performs At 'Game Of Thrones: A Live Concert Experience' In L.A. (Video)

Serj Tankian made a special guest appearance at last night's (Thursday, March 23) "Game Of Thrones: A Live Concert Experience" at the Forum in Inglewood, California. The SYSTEM OF A DOWN singer delivered a powerful and poignant rendition of "The Rains Of Castamere", a fictional ballad from Westeros, while scenes of the cunning Lannisters played overhead.

The 28-city tour, which began in February, features the show's theme music performed by an orchestra and choir on seven stages that represent the seven kingdoms of Westeros. The performance is accompanied by special effects, projected images and footage from key scenes in the show's story line.

"In an abstract way, we're re-creating moments from the show on the stage," the concert's creator and conductor, Ramin Djawadi, told the Los Angeles Times. "The musical themes are almost characters on their own — there's the Daenerys theme. The Dragon's theme. The Stark theme. It brings a whole other level of emotion that’s so much more than just us playing songs from the show."

Tankian teased his appearance earlier in the week, tweeting a picture of him with Djawadi along with the capton: "My friend Ramin Djawadi, composer of Game Of Thrones, and I playing cars? OR Prepping for the Game of Thrones Live show at the The Forum."

Djawadi, who created the music for all of the seasons of "Game Of Thrones", also composed the music for feature films such as "Iron Man" and "Pacific Rim" as well as HBO's "Westworld".

My friend Ramin Djawadi, composer of Game Of Thrones, and I playing cars? OR Prepping for the #GameofThronesLive show at the @TheForumpic.twitter.com/zYqKbmeZJa 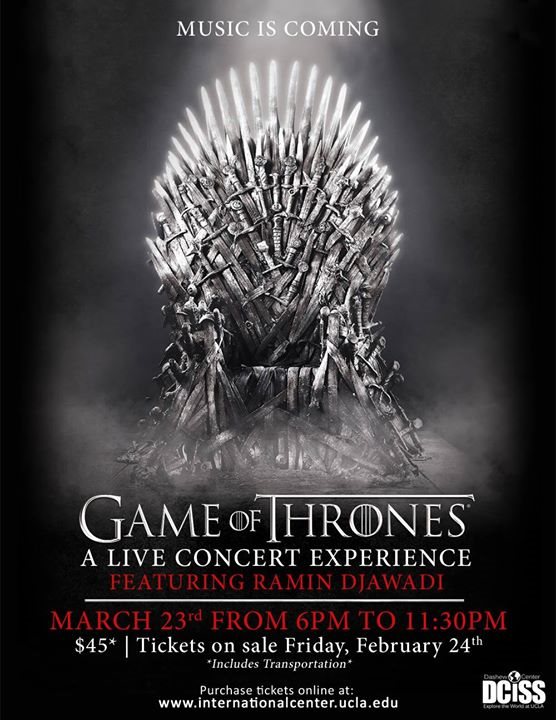