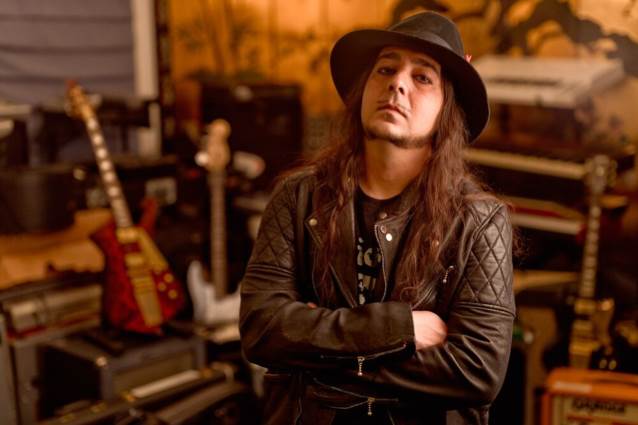 SYSTEM OF A DOWN's DARON MALAKIAN: 'TRUMP Does Things That Would Have Got Another President Impeached'

SYSTEM OF A DOWN guitarist Daron Malakian has told Independent that his song "Angry Guru", which appears on "Dictator", the new album from his SCARS ON BROADWAY project, contains a line — "silence leads to violence" — which refers to the consequence of not speaking up for fear of causing offense.

"I'm not saying we shouldn't respect people's cultures, but we should also be honest with each other, and sometimes political correctness feels less like I'm being honest and more like I'm just being polite," he said. "And that politeness brews up and blows over and eventually you get something ugly. The media pushes this fear instead of calming it down, sometimes… I think when change is happening fast, a lot of people can't take it. You have to hold their hand a little bit and slow it down for them. They're afraid to see change because they don't understand it. They get a little paranoid.

"[U.S. president Donald] Trump plays to these people," he continued. "I've never seen anything like it — he's not careful with his words, and he doesn't seem to realize that everybody's listening to him. And I think this is the type of candidate we'll see from now on. In our social media world where every day there's something new.

"Trump does things that would have got another president impeached," he said. "Because we live in the social media world our attention spans are so small and so brief. Like when there was the invention of television, and the kind of presidential candidate that came after had to be better looking, and have more of a persona.

"Now I think we're seeing a new type of candidate which has an Internet persona. And that's why Trump works, because he makes himself the biggest conversation, and the biggest news, every day."

"Dictator" was released on July 20. The band itself, now rebranded DARON MALAKIAN AND SCARS ON BROADWAY, has undergone a complete overhaul, with none of the members from the group's 2008 debut — including SYSTEM drummer John Dolmayan — appearing on the new songs.

SYSTEM OF A DOWN, which has toured intermittently since ending its hiatus in 2011, has some shows coming up this year but has not released new music in 13 years.