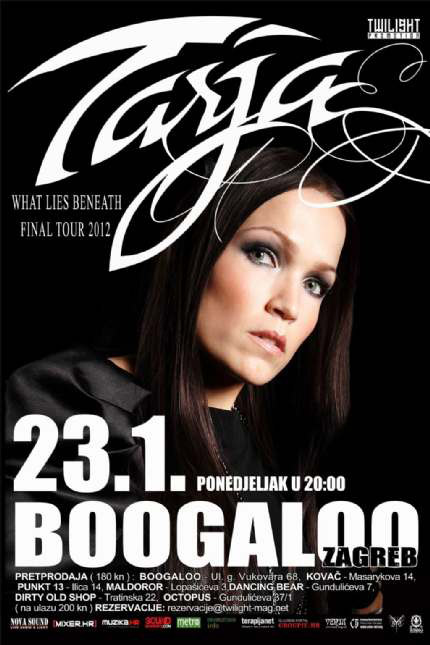 Tarja Turunen was interviewed by Tea Fluksi of the "Metal Eye" show on Z1 TV when the former NIGHTWISH singer performed at Boogaloo in Zagreb, Croatia on January 23. You can now watch the chat below.