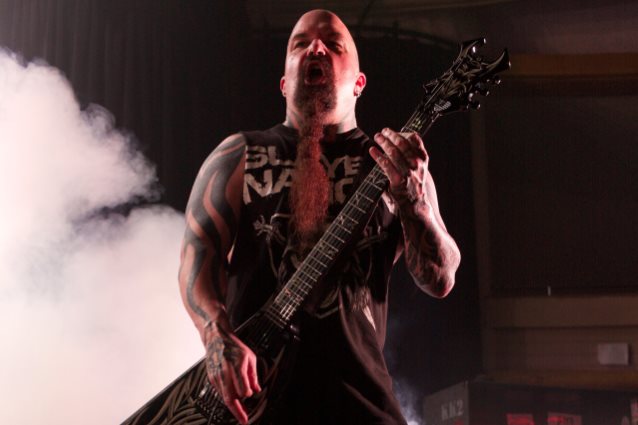 Chris Saint Clark is a name spread across many industries, mainly for his fantastic artwork and being an industry renowned tattoo artist specializing in black-and-gray realism and owner of notable Nashville-based tattoo studio Kustom Thrills. He is also a musician, an actor (2015's "The Devil Walks Among Us" and 2014's "Race With The Devil") and a procurer of classic cars, many of which have been featured in magazines across the world.

Chris recently found inspiration from a picture taken by iconic rock photographer Chad Lee of SLAYER's legendary guitar player Kerry King. He drew the photo and Chad and Kerry were so impressed, they have agreed to team up and have some of the prints signed by Chad, Chris and Kerry himself. They will be then releasing them as limited-edition prints available online to fans. The date will be confirmed later this year for the signing and official release.

Ask Chris Saint Clark how he got into tattooing and he will say, "Fast cars, fast women, and faster living." Though, truth be told, he has been an artist his whole life. Yet, somehow, he's managed to live this long, leading to a life of artistry before heading to East Nashville.

Chris honed his skills after high school through the Art Instruction Schools of Minnesota. Upon receiving his B.A. in Arts in 1992, he set off in search of a tattoo apprenticeship. After five years, in 1997 tattoo legend Tony Olivas brought him in at Sacred Heart in Atlanta. During those formative years, Chris worked closely with an impressive roster of artists. After the events of 9/11, Chris joined the state guard achieving the rank of 2LT. He also tapped into a philanthropic side and joined the Freemasons in 2003. Establishing a sense of community carried with him today.

2007 marks the year Chris moved to Nashville and opened his premiere tattoo studio in the heart of Five Points; Kustom Thrills. Now a business owner, his peers consider him a mentor, a philanthropist, an equal, a car enthusiast, and a comedian. Saint Clark has appeared at over 300 conventions in his 20-year career and has taken home over 100 awards for his artwork and tattooing. His industry expertise has been quoted in various media outlets. His artwork is also published in several industry magazines as well as online.

A heavily laden motif of black-and-gray realism resonates from Chris's work. Concentrated on horror, sci-fi imagery, and portraiture, he can be found on tour representing such industry leaders as H2Ocean, Eternal Ink, Tatsoul and now is on the advisory board for Find Me Ink. 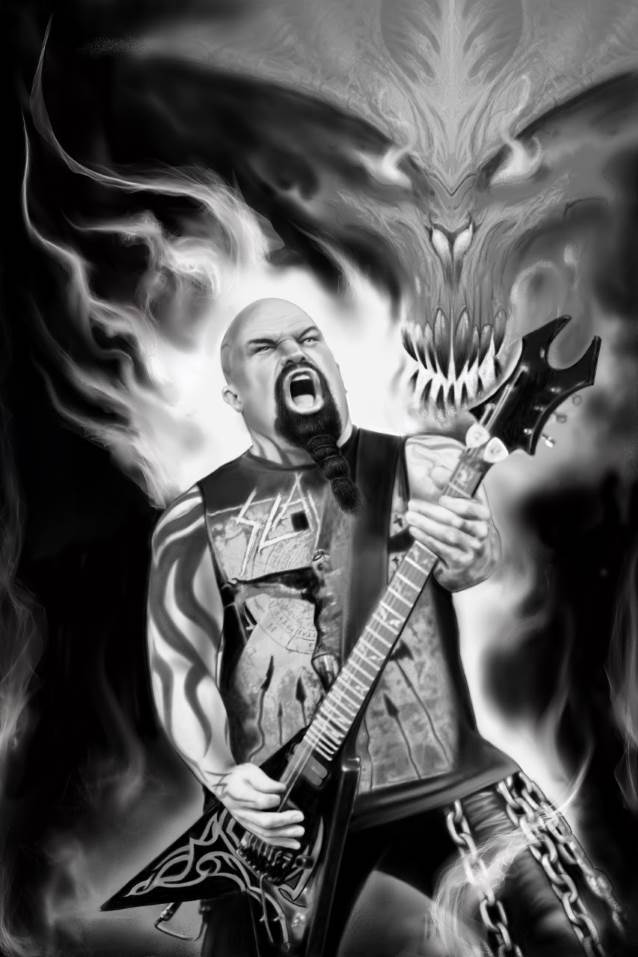 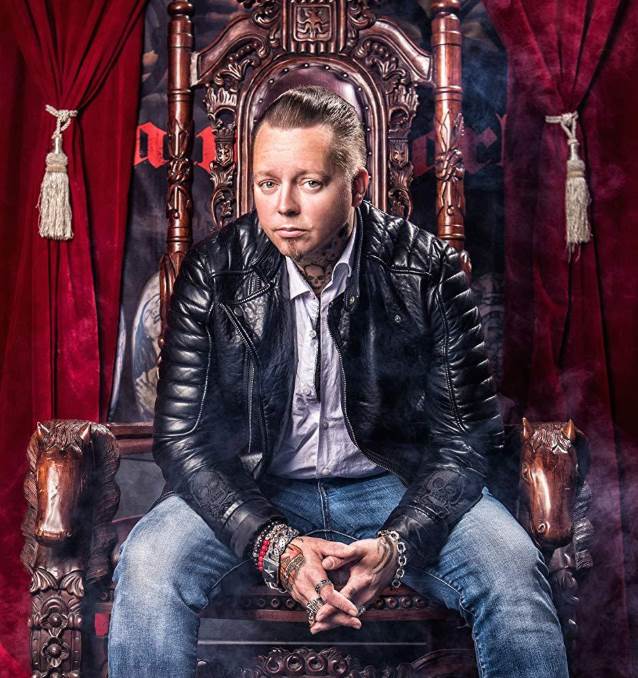