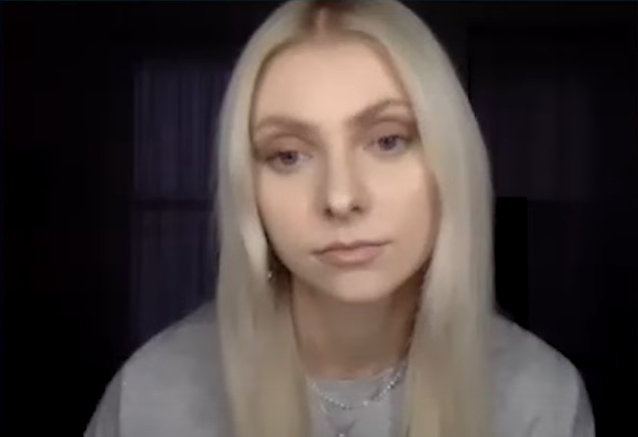 TAYLOR MOMSEN: 'People Had A Lot Of Preconceived Notions About Me' In Early Years Of THE PRETTY RECKLESS

In a new interview with iHeartRadio Canada, THE PRETTY RECKLESS frontwoman Taylor Momsen discussed the fact that female rockers have become more known and were widely accepted by their peers and contemporaries in recent years. The 28-year-old singer, who was an actress before she became a musician, responded (as transcribed by BLABBERMOUTH.NET): "We've been around now for a while, and we've certainly felt a shift in acceptance from other bands and the industry and things like that, where I think in the beginning, it was kind of an uphill battle, for me at least. People had a lot of preconceived notions about me, I guess, is the right way to say it, and it's taken time to kind of prove that this is a real thing and a real band and not some sort of fling or whatever. And so I think that that's been really amazing. But also, I don't wanna shun the women thing too, because I don't like that it's so focused on it all the time, but at the same time, when we started, there weren't a lot of female-fronted rock bands, and you're seeing way more of that now, which I think is awesome.

"I never wanna say that I'm a role model or anything — I would get asked that, and I'm, like, 'I don't want that pressure' — but it is cool to see that hopefully I think I've inspired some other girls and women to pick up instruments and start writing songs and playing in a band and listening to great rock and roll records," she continued. "And I think that that's awesome. If I can share that with anyone, then I'm doing something right."

Momsen started acting at the age of two, though her breakout role came in 2000, at the age of seven, when she played Cindy Lou Who in the live action adaptation of "How The Grinch Stole Christmas", starring Jim Carrey. Seven years later, she rose to fame as Jenny Humphrey in the CW's hit teen drama "Gossip Girl". She ended up leaving the show for good after the fourth season, insisting she was taking a break from Hollywood. She later told various media outlets that she was "not pursuing" acting at all, saying that "it feels like a past life."

Upon release, "Death By Rock And Roll" topped multiple sales charts — including Billboard's Top Albums, Rock, Hard Music, and Digital Charts. The record also yielded three back-to-back No. 1 singles — "Death By Rock And Roll", "And So It Went" (featuring Tom Morello of RAGE AGAINST THE MACHINE) and "Only Love Can Save Me Now" (featuring Kim Thayil and Matt Cameron of SOUNDGARDEN). The band has tallied seven No. 1 singles at the rock format throughout its career.