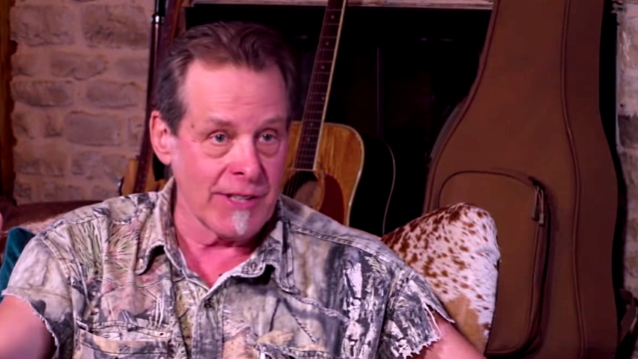 Outspoken conservative rocker Ted Nugent has defended the fired Minneapolis police officer charged with murder in connection with the death of George Floyd, insisting that the 46-year-old man's death was allegedly from a drug overdose and not caused by the officer planting his knee in the back of Floyd's neck.

Floyd was killed in May by police officer Derek Chauvin in an incident caught on camera. Chauvin kneeled on Floyd's neck for nearly ten minutes while Floyd was handcuffed. Chauvin was later charged with second-degree unintentional murder, third-degree murder and second-degree manslaughter, but his attorneys argued that Chauvin acted on his training from the Minneapolis Police Department in the use of a "Maximal Restraint Technique" and did so out of concern that Floyd might harm himself or the officers struggling to arrest him. The attorney also cited the autopsy conducted on Floyd that found fentanyl and methamphetamine in his system, a combination of drugs the attorney said is known as a speedball.

Earlier today (Friday, November 6),Nugent — a vocal supporter of the Republican Party and various associated conservative causes — took part in a Facebook Live on his official Facebook page, and he said (beginning at around 10-minute mark in video below): "Call your mayor, call your senator, call your congressman, call your governor. Let 'em know you stand for law and order. And you might wanna mention that those cops in Minneapolis did not kill George Floyd; George Floyd killed himself with fentanyl. Tell the world that the Minneapolis cops didn't kill George Floyd, the thug punk that ruined his family's lives, ruined his neighborhood, ruined his fellow man, ruined everywhere in America where George Floyd went, 'cause he was a punk thug criminal who ingested fentanyl and committed suicide on fentanyl. The cops had to subdue him. He was gagging and couldn't breathe all by himself in the back seat.

"We're gonna give George Floyd a hero's burial, Democrat Marxist idiots? Holy God in heaven. I know that we can be really stupid as a species, but Nancy Pelosi and her Marxist gangbangers have taken stupid to a whole new level.

"George Floyd killed himself," Ted reiterated. "The cops were subduing a violent, fighting, lifetime thug who ruined everyone's life in his life. And he's a hero to Nancy Pelosi and the thug party Democrat Marxist gangbangers.

"Call your mayor, call your senator, call your congressman, call your governor in every state and let them know we know that George Floyd killed himself, and the cops had to subdue him because he was violently fighting them and endangering their lives and the lives of the public. So they subdued him. They didn't kill him.

"George Floyd killed himself with fentanyl. And if you're dumb enough to take fentanyl… What the fuck? Oh my God."