Deanna Adler, the mother of original GUNS N' ROSES drummer Steven Adler, will release her long-awaited tell-all book, "Sweet Child Of Mine: How I Lost My Son to Guns N' Roses" (formerly "No Bed Of Roses") on January 24 via Monarch Publishing, LLC.

Deanna gives an honest and revealing look into a life beset by abuse and betrayal and what it was like raising a child who became a member of one of the greatest rock bands in history, and a heroin addict of equally epic proportions. The book emotionally and enthrallingly details a mother's love for her infamous son, whose phenomenal success is surpassed only by his astounding capacity for self-destruction.

"Sweet Child Of Mine" is the universal journey of a mother's devotion to her child, filled with moments of both profound joy and crippling heartache. Deanna takes readers on a roller coaster ride through raising a troubled young boy who ultimately reached the pinnacle of fame and success, only to then be publicly branded a junkie and kicked out of his band in front of a television audience of millions; go on to endure continuing addiction, legal battles, financial ruin, two heart attacks, multiple suicide attempts, a debilitating stroke, and numerous stints in rehab. But it is her courage and indomitable spirit that both educates and inspires, as she is living proof that devotion to family, a sense of humor, and faith in a higher power are the foundations for achieving peace and purpose in life.

Deanna Adler appeared on the second season of "Celebrity Rehab With Dr. Drew", on which Steven was a cast member. During the season's episode five, Dr. Drew, Dr. Sophy and Steven sat down for a meeting with Deanna in a what was described as "a tense whirlwind of accusations, denials and resentment. Steven is so flustered that he storms out of the room, leaving the many issues between he and Deanna unresolved, possibly forever."

Having been kicked out of his mother's house on numerous occasions before he was old enough to vote, Steven Adler reportedly started skipping school and doing drugs when he was 11.

Steven Adler rejoined GUNS N' ROSES on stage again on November 5, 2016 at River Plate Stadium in Buenos Aires, Argentina to perform one song: "My Michelle". The previous night, Adler played "Out Ta Get Me" with the group at the same venue.

During the U.S. leg of GN'R's "Not In This Lifetime" tour, Adler played "Out Ta Get Me" and "My Michelle" on three separate occasions. Those shows marked Adler's first appearances with GUNS N' ROSES since 1990, although he performed with members of the band at their 2012 induction into the Rock And Roll Hall Of Fame.

Until he performed with the group on the summer tour, speculation about Adler having some sort of involvement in the GUNS N' ROSES reunion had been rampant ever since the band made it official with a surprise April 1, 2016 show at The Troubadour in Los Angeles. 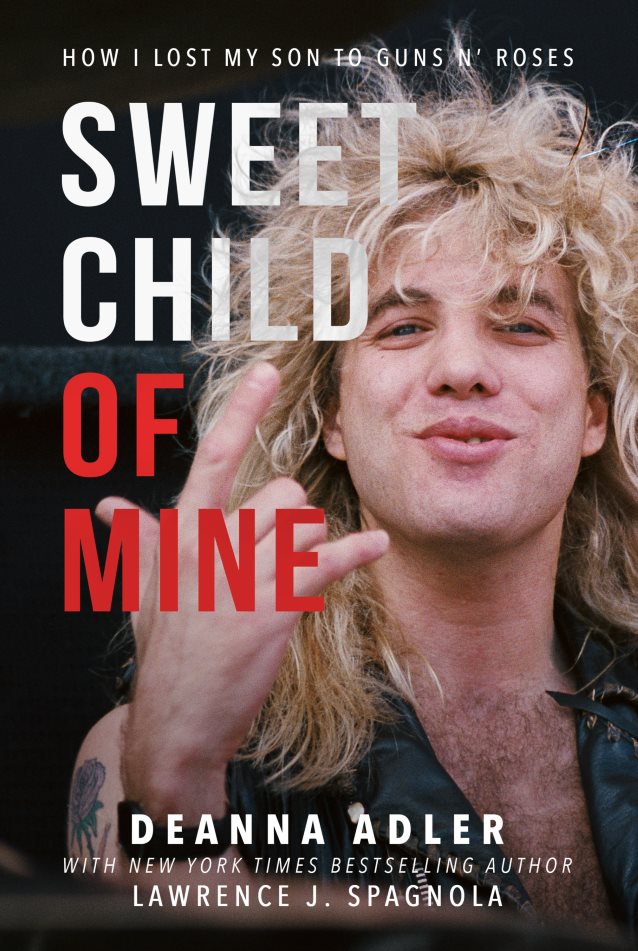