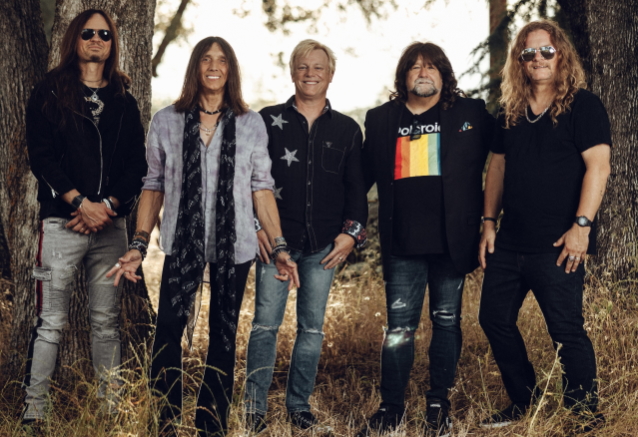 Legendary rockers TESLA are returning to Las Vegas for a special five-night residency, in celebration of their 36 years of entertaining rock audiences around the world. Kicking off Friday, March 17, 2023 at 8:30 p.m. inside House Of Blues Las Vegas at Mandalay Bay Resort and Casino on the famed Las Vegas Strip, tickets for "TESLA: The Las Vegas Residency" start at $59.50 plus applicable fees and go on sale Saturday, October 1, 2022 at 10 a.m. PT.

During their exclusive five-night run of shows, TESLA will touch all sides of their unique discography including the heavier edge of electric songs like "Modern Day Cowboy", "Hang Tough" and "Edison's Medicine", as well as their acoustic-driven songs such as "Signs" and "Love Song" (two Top 10 Billboard-charting hits).

"We are very excited to be able to perform consecutive nights residing at the same venue because we plan to dig into our catalog and change up our set lists for each show," said TESLA guitarist Frank Hannon. "This will make it interesting for our loyal fans who will attend in the spectacular city of Las Vegas!"

"We in TESLA are very excited to be doing our very first ever residency in Las Vegas, of all places, where Elvis did his residency," said TESLA bassist Brian Wheat. "We look forward to bringing the legacy of TESLA's music to you all!"

Tickets are available by visiting HouseofBlues.com/LasVegas, MandalayBay.com, Ticketmaster.com or by calling 702-632-7600. Citi is the official pre-sale credit card of TESLA's residency at House Of Blues Las Vegas. As such, Citi cardmembers will have access to purchase pre-sale tickets Wednesday, September 28 at 10 a.m. PT until Friday, September 30 at 10 p.m. PT through Citi Entertainment. For complete pre-sale details visit www.citientertainment.com. House of Blues, Live Nation and Ticketmaster pre-sales begin Thursday, September 29 at 10 a.m. PT.

TESLA guitarist Frank Hannon has once again said that he doesn't know when drummer Troy Luccketta will return to the band.

In September 2021, Luccketta announced that he would "take a little time from the road" to spend with family and friends. He is being temporarily replaced at TESLA's gigs by Steve Brown, the younger brother of former DOKKEN drummer Mick Brown.

Frank discussed his longtime bandmate's absence from TESLA's gigs during a recent interview with Canada's The Metal Voice. He said: "We're just allowing the time for things to work themselves out. He's got things that he's dealing with.

"Touring is not an easy life, man," he explained. "It's a very difficult thing being out there on a bus, with everybody crammed in that tight situation. And when you've got stuff going on at home, those things need to be taken care of. But hey, man, he's a long-standing member of the band.

Hannon went on to praise Steve's contributions to TESLA, saying: "Steve is not only 'Wild' Mick's little brother but he's also a member of our local community here in Sacramento. We've known him since he was a little guy. He used to come watch us play when he was a teenager. And he has done other shows for us in the past, filling in for Troy. So he's a member of our family as well."

Originally released in August 2021, "Cold Blue Steel" was the first TESLA song to ever be produced by the bandmembers themselves. 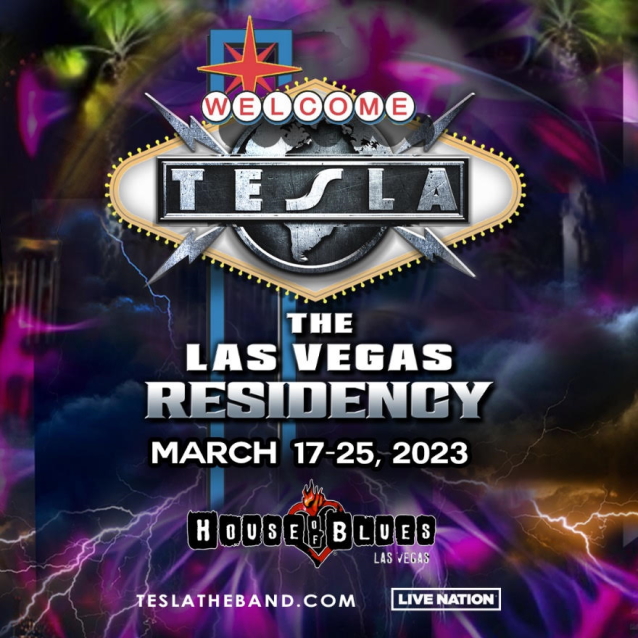