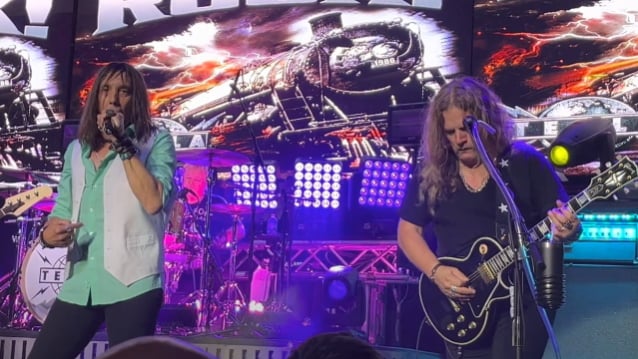 TESLA vocalist Jeff Keith spoke to "The Chuck Shute Podcast" about the band's upcoming single, "Time To Rock!", which is scheduled to be released in August. He said: "We've been playing it live since June 11th when we played our home show here in Sacramento. So we played it live and we just kept it in the set.

"Like with all TESLA songs, we like to have that raw, live feel, and this song has totally just got that raw and live feel. So we've only played it live," he explained.

Regarding the lyrical inspiration for "Time To Rock!", Jeff said: "It's that kind of song that just, you know, everything you might have going on when you go to a concert, you wanna just kind of let your hair down and this song is exactly about that. Just not let things go, but just drop 'em down and still hold 'em in your hands tight, but just let things go and let your hair down for four and a half minutes. Time to rock!"

Keith previously discussed "Time To Rock!" earlier in the month in an interview with the "Metal From The Inside" podcast. Regarding the band's decision to debut the track during a live performance in early June — weeks before the song's official release — he said: "We wanted to play it live for our hometown crowd. We played Thunder Valley [Casino], which is right down the street from our houses in Sacramento; it's actually in Lincoln, California. But we wanted to play it for our hometown crowd first, because it isn't being released until August. So we thought we'd play it for our hometown crowd, and we're having so much fun with it, we're playing it for every crowd — some new material — and we're excited about that.

Fan-filmed video of TESLA performing "Time To Rock!" on June 26 at Des Plaines Theater in Des Plaines, Illinois can be seen below.

TESLA guitarist Frank Hannon spoke about "Time To Rock!" last month in an interview with Robert Cavuoto of Sonic Perspectives. Asked if DEF LEPPARD's Phil Collen, who produced TESLA's latest album, 2019's "Shock", will return to helm the band's follow-up effort, Frank responded: "The 'Shock' album that Phil did, they worked really hard on that. When I say 'they,' I'm talking about Phil Collen and Brian Wheat, our bass player. Man, they really worked hard on the album. It was a collaboration. Phil wrote most of the songs. And some people thought it was a great album and other people didn't like it. But we gave it a shot. But from now on… Brian and I had a discussion… Brian and I are the founding members of the band TESLA, along with Jeff Keith. And we decided from now on, we're gonna write and produce our own music. We worked with enough producers — we've had producers coming and going our whole career — so from now on, at our age, we're gonna produce our own music. And we're actually producing a brand new single that's gonna come out next month, and it's frickin' rocking. I'm really excited about it.

"What happens is when you're young, man, you can write 10 songs and frickin' put out an album every year, but as you get older, like we are now, it's not as easy to do that," he explained. "So you end up sacrificing quality for quantity, and we don't wanna do that. Why put out 10 songs that are just in a rush when we can spend our time and just create singles that we're real proud of. And this one next one, I'm telling you, Jeff Keith and I are really excited about it, 'cause he and I wrote it on the road last year and I got the band to put it together. I've been chipping away on it in the studio producing it, and I'm getting ready to produce a video for it this weekend. It's called 'Time To Rock!', and it does rock." 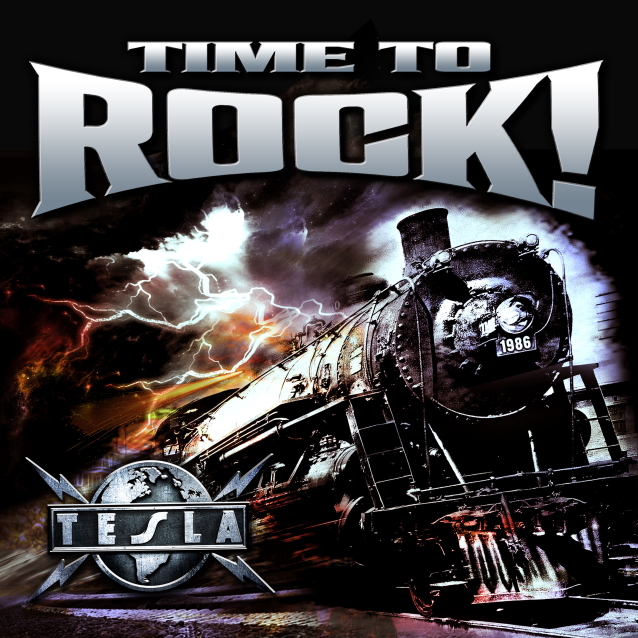