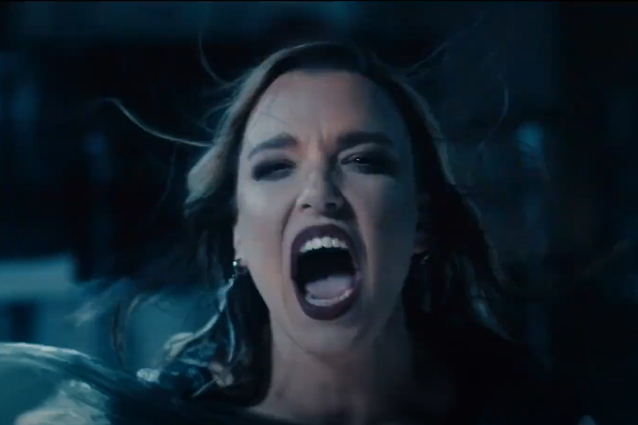 HALESTORM has released the official music video for "Wicked Ways", the latest single from the band's fifth studio album, "Back From The Dead".

HALESTORM's Lzzy Hale stated about the song and the video: "In this eerie confessional…. I'm confronting the darkness inside of me, but this isn't my first time... Thanks to the vision of Dustin Haney, who is also responsible for our 'Back From The Dead' video, I return to light that darkness that I will never betray."

"Back From The Dead" was released on May 6 via Atlantic. The follow-up to 2018's "Vicious" was produced by Nick Raskulinecz (FOO FIGHTERS, MASTODON, ALICE IN CHAINS) with co-production by Scott Stevens (SHINEDOWN, DAUGHTRY, NEW YEARS DAY).