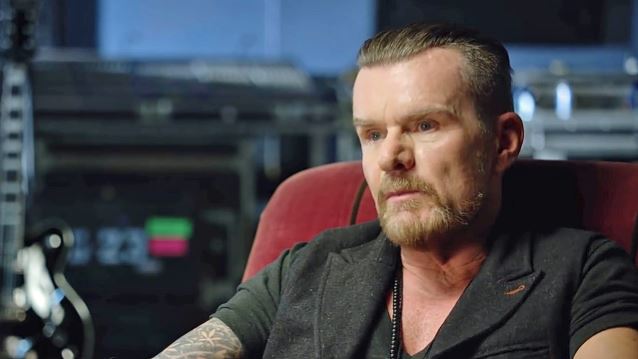 THE CULT's BILLY DUFFY Featured On 'Ernie Ball: The Pursuit Of Tone'

THE CULT's Billy Duffy is the next artist to be featured on "Ernie Ball: The Pursuit Of Tone", the documentary series was created and produced by Ernie Ball, the premier builder of guitar strings and accessories.

From the creator of "Guitar Center Sessions", the new series, which has been lauded for its aesthetic production, boasts a number of award winners on its creative team including the producer and director of photography. Airing July 1, this follows the episodes focusing on Buddy Guy and Mike Ness (SOCIAL DISTORTION).

Billy covers a wide variety of topics — talking about his early goals (to make a living making music),why he considers "finding your own sound" the most important thing and the effect of the SEX PISTOLS ("transformational"). For Duffy, "guitars are just a bit of wood with strings on it, it's about the person playing it." Check out the trailer below.

"Ernie Ball: The Pursuit Of Tone" is a new AT&T Audience Network documentary program that focuses on the sonic journeys of some of today's most interesting and compelling guitarists. Created and produced by Ernie Ball, a family brand uniquely positioned to attract the top artists, the show profiles the world's greatest guitar players and their lifelong search for their own unique sound.