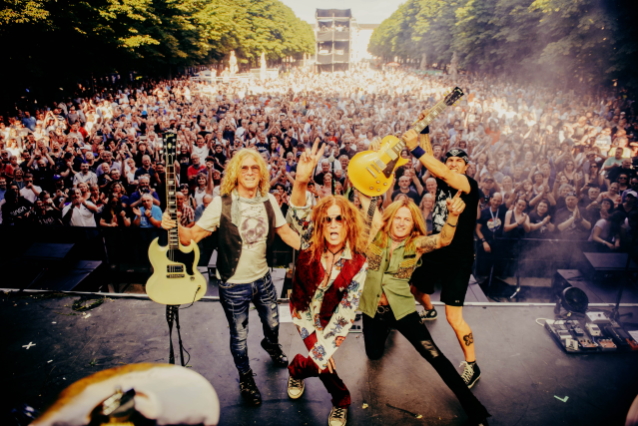 Hot off the back of their European summer tour, THE DEAD DAISIES are primed to hit the USA this summer/fall. The band has been busy radiating some heat, playing with the likes of JUDAS PRIEST, FOREIGNER and taking part in several major festival across Europe.

THE DEAD DAISIES are really looking forward to tearing up stages from the East to West Coast, playing new music along with the classic hits you know and love on a series of dates across the USA.

THE DEAD DAISIES say: "We know it's tough out there, so we have created a specially priced 'Have A Drink On Us' ticket bundle for our fans which includes a beverage and an exclusive DAISIES t-shirt. The bundle is limited to 100 tickets per show, so get yours now."

Commented guitarist Doug Aldrich: "Look out!! We're hitting a few of the best rock and roll cities starting in early September. Can't wait to play you the new tunes!!! See you on tour!!"

THE DEAD DAISIES have just dropped the second single, "Shine On", from their upcoming album, slated for release in late September. With THE DAISIES' trademark Aussie rock stamp all over it, this hard-driving track is one to sink your teeth into and set to become an instant anthem.

Guitarist David Lowy said: "Straight-up Aussie rock, it started as a riff I wrote on the tour bus and now here it is!"

Added drummer Brian Tichy: "Here's another slab of driving, pounding rock from your friends in THE DEAD DAISIES! The new single is 'Shine On'. I had a blast recording this with the guys, and hope y'all dig it as well."

Last month, THE DEAD DAISIES shared the official music video for "Radiance", the first single from their upcoming album. The band has been writing and recording at the Mix Room studios in Los Angeles with esteemed producer Ben Grosse. 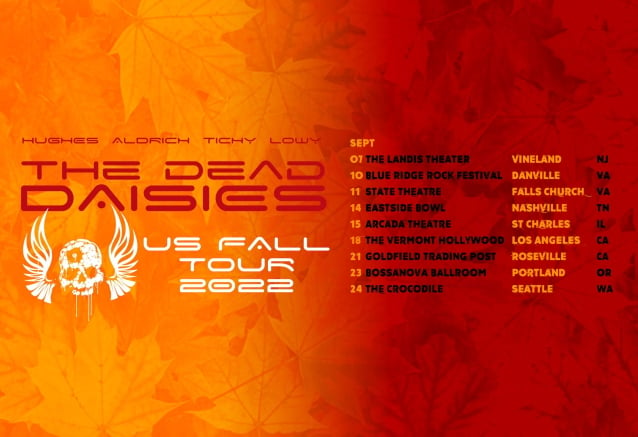