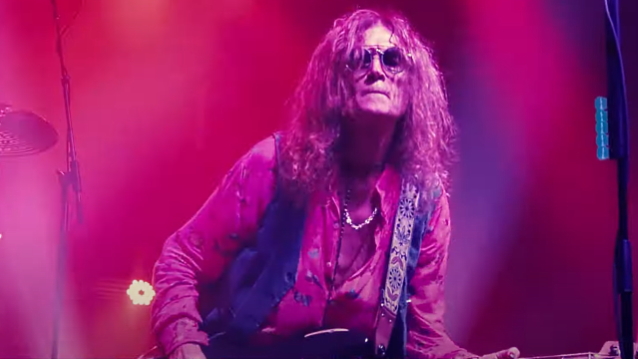 THE DEAD DAISIES Release 'Bustle And Flow (Live From Daisyland)'

"Bustle And Flow (Live From Daisyland)" is injected with both the power and soul of Glenn Hughes's commanding vocals, attacking riffs, twin guitars and a heavy-hitting pulse of bass and drums catapult this live version of the band's chart topping single to streaming media services.

Said THE DEAD DAISIES guitarist Doug Aldrich: "Always great to play this song live. We had a blast on the U.K. tour last year and this song totally rocked the crowd. Nothing like an energetic audience to inspire us to deliver a full-on dose of rock."

The music video features footage from the 26-date "Like No Other" tour across the United States, England, and Wales and is a tribute to THE DAISIES' truly amazing fanbase. The video mixes epic live footage from the tour as well as some rare behind-the-scenes moments. The original album track video was created using unreal engine, and saw the introduction of the band's mascot Daisy and her freaky, dark traveling carnival surrounded by ravens.

In January, THE DEAD DAISIES announced the return of drummer extraordinaire Brian Tichy to the musical collective of Hughes, Aldrich and David Lowy.