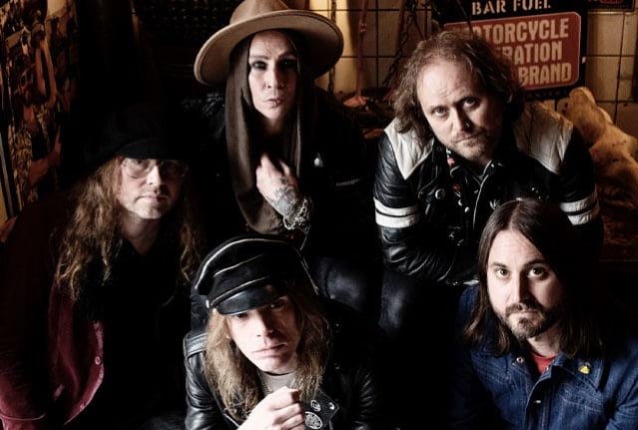 Swedish garage rockers THE HELLACOPTERS are working on their first album in more than a decade.

The news of the group's recording activity was broken by guitarist/vocalist Nicke Anderssonduring an appearance on the latest episode of "Dr Gong's Drumcast".

Nicke said: "We're working on a new HELLACOPTERS album. We recorded about seven basic tracks [so far]. The thing is we do it very 'here and there.' The stars have to be aligned — literally. People think I'm the busiest guy, but no. It's, like, 'Well, I'm free here.' 'Oh, then I have to go to the country to the summer house.' It's that kind of thing. And then Dregen has BACKYARD BABIES. I think I'm busy, but he's the busiest man I've ever known."