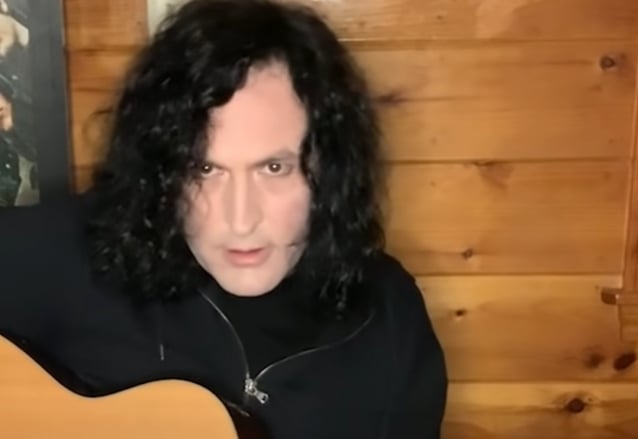 THE PRETTY RECKLESS's Ben Phillips has signed an exclusive worldwide publishing deal with Round Hill Music.

Phillips, an American-born songwriter and producer, currently has a platinum single in the U.S, a gold record in the U.S, Canada and the U.K. and was recently awarded iHeart Radio Music Awards "Rock Artist Of The Year" (2021). In 2021 alone, Ben has written and produced three singles that have become No. 1 on the Billboard Mainstream Rock Airplay chart: "Death By Rock And Roll", "And So It Went" and "Only Love Can Save Me Now" (featuring SOUNDGARDEN's Matt Cameron and Kim Thayil). THE PRETTY RECKLESS is also the first female-fronted act to have seven No. 1 singles on the Billboard Rock Radio chart.

Ben and the rest of THE PRETTY RECKLESS have just successfully completed a direct support slot with SHINEDOWN and are about to embark on a summer co-headline tour with HALESTORM and a variety of other festival artists. In August, the band will be heading up North to Canada with GRETA VAN FLEET.

Adam Mott, A&R for Round Hill Music, states: "Ben is an extremely talented songwriter and producer. 'Death By Rock And Roll' was my favorite record of 2021. I am so excited to be working with him and providing support in bringing his creative vision to the next level. He is the perfect artist for what we are building here at Round Hill moving forward."

Philips states: "As a songwriter, I've been looking for partners who have a passionate dedication to the art. I thankfully have found this with Adam and the wonderful people at Round Hill Music, who show great respect to their songwriters and their work. I'm very excited for this new partnership and for our future endeavors together."

Round Hill Music, founded by Josh Gruss, is one of the largest independent music rights companies in the world. Through its various divisions, Round Hill provides a full administrative platform for songwriters and artists. This platform delivers everything from sync licensing, song placements, music production, and label services, as well as transparent and accurate global royalty processing and accounting.