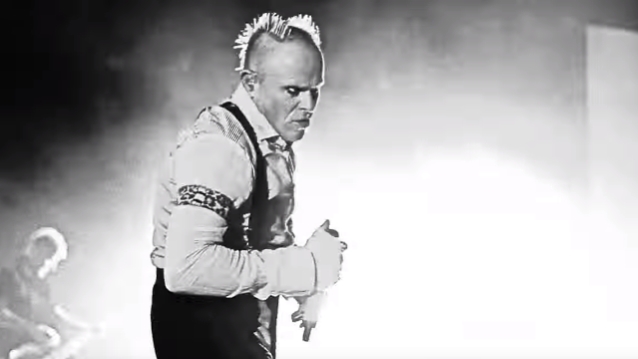 THE PRODIGY frontman Keith Flint has died at the age of 49. He was found dead this morning (Monday, March 4) at his home in Essex, a county in the southeast of England, northeast of London.

"The news is true, I can't believe I'm saying this but our brother Keith took his own life over the weekend," he wrote. "I'm shell shocked, fuckin angry, confused and heart broken….. r.i.p brother Liam."

An Essex police spokesman confirmed that a 49-year-old man had died. "We were called to concerns for the welfare of a man at an address in Brook Hill, North End, just after 8.10am on Monday," he said.

"We attended and, sadly, a 49-year-old man was pronounced dead at the scene. His next of kin have been informed. The death is not being treated as suspicious and a file will be prepared for the coroner."

THE PRODIGY released a statement confirming the news, saying: "It is with deepest shock and sadness that we can confirm the death of our brother and best friend Keith Flint. A true pioneer, innovator and legend. He will be forever missed. We thank you for respecting the privacy of all concerned at this time."

THE PRODIGY had six No. 1 albums in the U.K. and one in the U.S. Its last album, "No Tourists", came out in November.

THE PRODIGY was scheduled to embark on a U.S. tour in May. The 10-date trek was slated to include appearances at several festivals, including Sonic Temple in Ohio and Welcome To Rockville in Florida.

In a 2015 interview with The Guardian, Flint lamented the state of modern pop music. "We were dangerous and exciting," he said. "But now no one's there who wants to be dangerous. And that's why people are getting forcefed commercial, generic records that are just safe, safe, safe."

The news is true , I can’t believe I’m saying this but our brother Keith took his own life over the weekend , I’m shell shocked , fuckin angry , confused and heart broken ..... r.i.p brother Liam #theprodigy

Find more on The prodigy