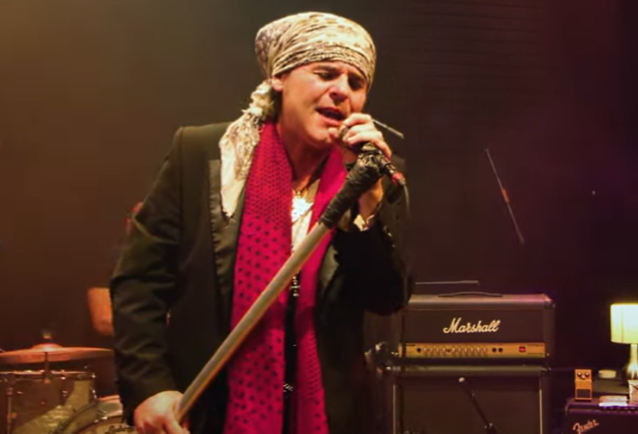 Estranged THE QUIREBOYS singer Spike (real name Jonathan Gray) has apologized to his fans, just hours after his bandmates released a statement saying that he was no longer in the group.

Earlier today, the long-running U.K. rockers announced that they had parted ways with Spike and revealed their intention to continue as a five-piece, with longtime guitarist Guy Griffin handling the vocals.

A short time later, Spike took to his Twitter to write: "Just to clarify, I have received a letter from 3 of MY band members informing me that my services are no longer required to sing or perform with them.

"I will release an official statement shortly but for now, my sincere apologies go out to you all and I would like to express my heartfelt thanks and gratitude to all my fans who are supporting me through this difficult time. Many of you I have known for years and consider my friends. Thank you for your love and support.

"Rest assured I will see you at the bar very soon.

The Quireboys have parted company with Spike and will continue as a 5 piece with all other current members.