THE WHO Announces Most Intimate Show In 40 Years

To celebrate the release of their new album, "Who", legendary rockers THE WHO have announced that they will play their smallest live show in over 40 years. The date is set to mark 50 years to the day of their historic "Live At Leeds" show. The never-to-be-repeated intimate acoustic performance will take place on February 14, 2020 at the 2000-capacity Pryzm, located at 154 Clarence Street in Kingston Upon Thames, England.

Tickets will go on sale tomorrow (December 11) at 11 a.m., priced at £13. Fans will also be able to gain access by purchasing special bundles of THE WHO's latest LP via the official Banquet Records web site.

As previously reported, THE WHO will play more shows in 2020, not quite ready to close the books on its acclaimed "Moving On!" tour, which paired singer Roger Daltrey and guitarist/songwriter Pete Townshend with local symphony orchestras across North America and was hailed by critics as a once-in-a-lifetime rock experience. Along with a series of rescheduled shows announced earlier in the month, the band has expanded their 2020 itinerary to include a show on April 21 in Hollywood, Florida (Hard Rock Live),April 23 in Cincinnati, Ohio (BB&T Arena at Northern Kentucky University),and a series of six shows at The Colosseum at Caesars Palace in Las Vegas, Nevada, kicking off on May 5 and running to May 16.

THE WHO's April 23 show in Cincinnati will have added historical significance as it will be the first time the band will be performing in the city since eleven lives were tragically lost as the concert crowd waited to get into THE WHO's concert on December 3, 1979. The historic show was announced by local Cincinnati TV station WCPO after airing a documentary special commemorating the 40th anniversary of the tragedy — "The Who: The Night That Changed Rock". Pete and Roger were both interviewed for the special program along with longtime manager Bill Curbishley. THE WHO will make a donation from the concert to the P.E.M. Memorial, the organization that was founded to honor friends and classmates that lost their lives at the December 3, 1979 concert, providing college scholarships for students at Finneytown High School. 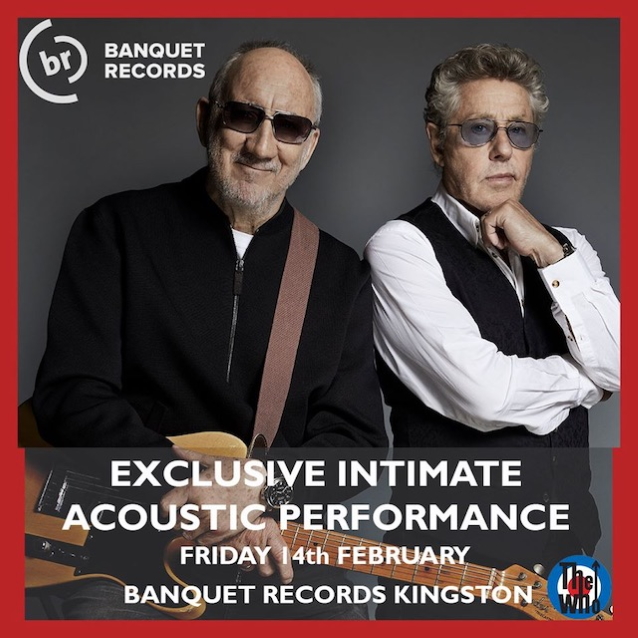