THE WHO: 'Every Album, Every Song' Book Due In October

"The Who: Every Album, Every Song", a book examining each one of THE WHO's studio albums, including 2019's "The Who", will be released on October 28 via Sonicbond Publishing.

Formed in 1964 and still going strong in 2020, THE WHO is one of the most popular and enduring bands in the history of rock. The legendary debut album "My Generation" and a string of hit singles paved the way for "Live At Leeds", hailed as the best live rock album of all time, and the best‐selling "Who's Next". Powered by the phenomenal rhythm section of Keith Moon and John Entwistle, they earned a reputation as a premier live act and pioneered festival and arena performances. The rock operas "Tommy" and "Quadrophenia" took popular music into uncharted territories and both albums inspired hit films. Despite regular infighting, break ups and the death of two key members, the band continued into the 21st century with the well‐ received "Endless Wire" album and original members Roger Daltrey and Pete Townshend stage spectacular live shows to this day.

Tracing THE WHO's long and diverse history, "The Who: Every Album, Every Song" also examines non‐album tracks as well as compilations, live albums and soundtracks. All this makes this book the most comprehensive guide to THE WHO yet published, essential reading whether the reader is a diehard fan or someone curious to see what lies beyond "Tommy".

"The Who: Every Album, Every Song" author Geoffrey Feakes is a music journalist. His first book, "The Moody Blues On Track", was published in 2019. He has been a writer for the Dutch Progressive Rock Page since 2005, with hundreds of reviews and interviews to his credit. His first WHO concert was at the Sundown in Edmonton, London in December 1973. He lives in Wakefield, West Yorkshire, U.K. 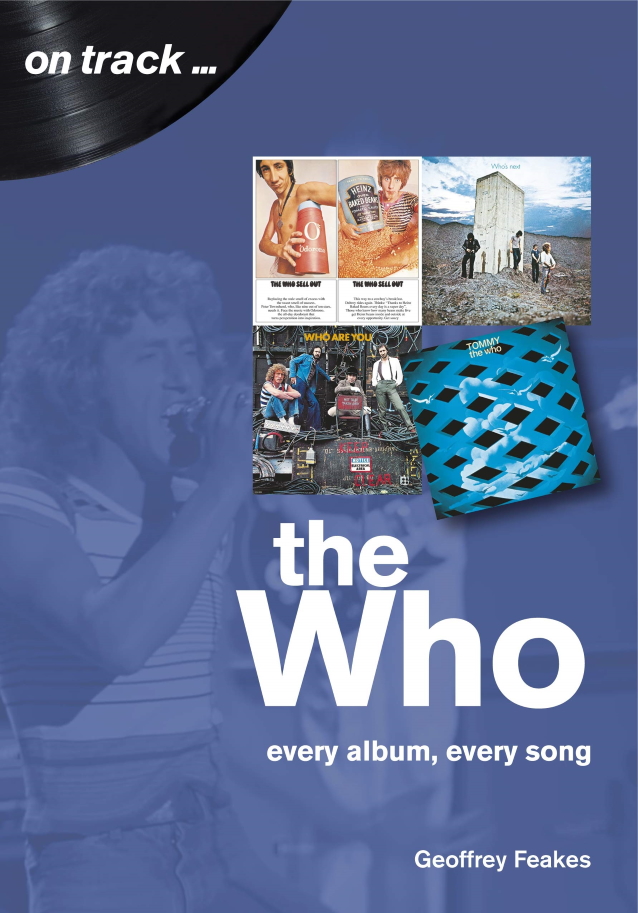