THEORY OF A DEADMAN And SKILLET Announce 'Rock Resurrection' Tour

THEORY OF A DEADMAN and SKILLET have announced the co-headlining "Rock Resurrection" tour. The trek, with support from SAINT ASONIA, kicks off on February 17 in Gary, Indiana and runs through March 26, wrapping in Los Angeles. The 25-date trek includes stops in Milwaukee, Detroit, Boston, Cleveland, St. Louis, Dallas, Denver, Phoenix, and more. Artist presale begins Tuesday, November 15, with various other presales available Wednesday, November 16 and Thursday, November 17, all at 10 a.m. local time. Tickets will go on sale to the public on Friday, November 18 at 10 a.m. local time.

"We're super stoked to be touring with our good friends in SKILLET and SAINT ASONIA this winter," shares THEORY OF A DEADMAN frontman Tyler Connolly. "We're also really looking forward to playing new material for our fans!!"

"We are so excited to be touring with our friends from THEORY again!," says SKILLET's John Cooper. "It's been several years since our last tour together, and this time we are also joined by our friends in SAINT ASONIA. We are looking forward to kicking off 2023 the right way by joining forces for a super-charged rock show! Panheads get ready!"

Earlier in the month, THEORY OF A DEADMAN released the official music video for its hard-hitting new single "Dinosaur", directed by Tony Corella. The release of "Dinosaur" last month marked the chart-topping quartet's first taste of new music since 2020's acclaimed album "Say Nothing" and a return to form stylistically. The hard-hitting, riff-heavy track, produced by Martin Terefe (Jason Mraz, YUNGBLUD),is currently impacting Active Rock radio nationwide, where it's already hit No. 25 on the chart, and is featured on various rock playlists across DSPs, including Spotify's Rock Rotation and Top Of The Rock, Apple Music's The New Rock and Breaking Rock, and Amazon Music's Rock Arena and Fresh Rock.

SKILLET is one of the best-selling rock bands of the 21st century. The two-time Grammy Award-nominated, Pandora Billionaires Club members, and multi-platinum rockers have an undying spirit that has humbly asserted and affirmed them as one of this generation's most successful rock acts. However, as all classic underdog stories do, it happened quietly under the radar. By 2019, they not only garnered a pair of Grammy Award nods and sold over 12 million albums worldwide, but they also took home a Billboard Music Award for the double-platinum "Awake". Its breakout single "Monster" is five times platinum and remains one of the most streamed rock songs of all time. 2016's "Unleashed" bowed at No. 3 on the Billboard 200. Hitting No. 1 on rock radio, the lead single "Feel Invincible" cracked 643 million global audio streams and went platinum. Meanwhile, the gold-certified "Unleashed" became their fourth consecutive album to receive either a gold, platinum, or double-platinum status. Their 2019 release "Victorious" included the top ten rock radio hit "Legendary", which lived up to its name with over 108 million streams. To date, nine original tunes earned RIAA recognition in tandem with high-profile syncs by everyone from WWE and Marvel to ESPN and NFL. Between selling out arenas in 26 countries and four continents, the group performed on "Conan" and graced the pages of USA Today and The New York Times, SKILLET debuted its first graphic novel, "Eden: A Skillet Graphic Novel", with Z2 Comics, which became the publisher’s best-selling book of all time, followed by "Eden II: The Aftermath". SKILLET's latest album, "Dominion", came out in January. 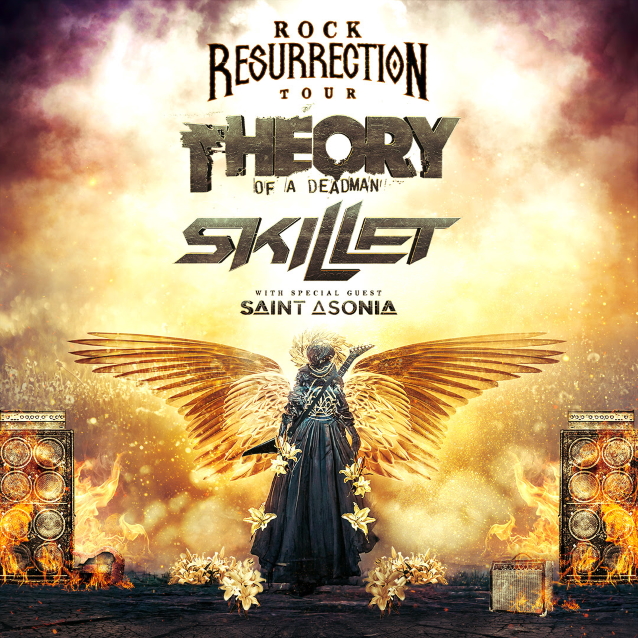