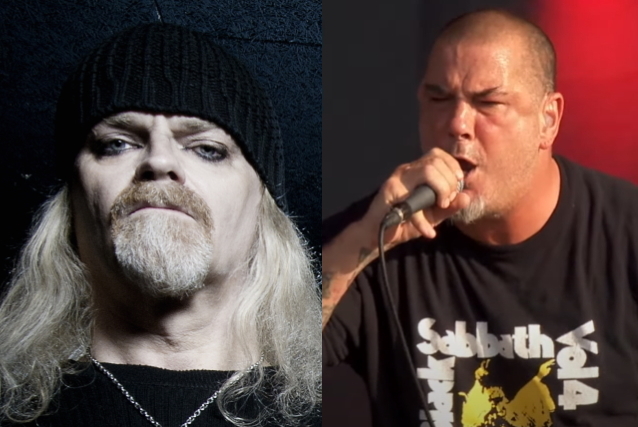 TOM GABRIEL FISCHER On PANTERA Comeback: 'As Long As It's Not Billed As A Reunion, I Think It's Perfect'

Fischer discussed his views on PANTERA's comeback in a recent interview with Meltdown of Detroit's WRIF radio station. He said (as transcribed by BLABBERMOUTH.NET): "Well, I do understand it. The music was a milestone, and it has changed a lot of people's lives. And by now, of course, a lot of people are too young to have seen the original PANTERA. And I also understand that if you have been in a band, like I have been in CELTIC FROST, after a while you really would like to play this music again, and I'm not even talking about commercial reasons, because for the musician too, it shapes your life; it's a part of your personality."

He continued: "I know, of course, where the controversy lies, but I don't really know how they bill this tour. As long as it's not billed as a reunion, I think it's perfect. If they say it's a tribute tour, I don't have a problem with it. If they say it's a reunion, of course it's more problematic, because how can you reunite? So I think it's down to how they are advertising it and how they are communicating."

Next year, PANTERA will appear at Germany's Rock Am Ring and Rock Im Park, two simultaneous rock festivals, which will take place June 2-4 in Nürburgring and Nürnberg, respectively.