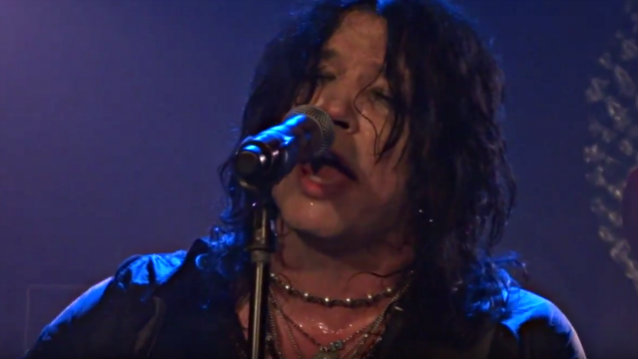 As a "thank you" to his fans who have supported him and his debut solo album, 2013's "The Way Life Goes", for the past few years by attending one packed show after another, CINDERELLA frontman Tom Keifer entered a Nashville studio in March 2016 to record with four-time Grammy Award-winning producer/engineer Vance Powell (Elle King, Chris Stapleton, Jack White).

The new tracks will be featured as bonus material on an expanded, deluxe edition of "The Way Life Goes", set for release later this year. The package will also include the original album that was remastered by Richard Dodd (KINGS OF LEON, Jason Aldean, LADY ANTEBELLUM), a bonus DVD with video extras, a documentary about the creation of the bonus tracks, and exclusive interviews with the band filmed during the new recording sessions.

The as deluxe set will be wrapped in an all-new expanded art package designed by artist David Calcano (creator of the Fantoons comic strip series) with one-of-a-kind unique illustrations depicting each song.

Speaking to the 98.9 The Rock radio station at this past weekend's (Saturday, June 3) Rockfest at Kansas Speedway in Kansas City, Keifer said (see video below) that the deluxe edition of "The Way Life Goes" would include "some really cool bonus tracks on it that we recorded with the new band and a documentary capturing all that in the studio, with new artwork." He added: "It's very cool."

Regarding the inspiration for putting out an expanded version of his first solo disc, Keifer said: "The release of 'The Way Life Goes' launched a whole new really special time in my life and the new band's life and brought so many cool things to us, so we wanted to kind of just commemorate that and go in and record the band in the studio. So it's different than some [other deluxe] sets. A lot of times, [other artists] put tunes that maybe didn't make the record the first time around. These were actually recorded after the fact; they're pretty special tracks. So we just wanted to commemorate that, 'cause it really kicked off just a whole new part of my life. I had an amazing band come into my world and so many other things, so it commemorates that for us."

According to Keifer, the arrival of the deluxe edition of "The Way Life Goes" will be followed by touring "through the rest of the year. And then the follow-up to 'The Way Life Goes', we're gonna get into the studio next year and start working on that."