Due to Tony Laureano's (ex-DIMMU BORGIR, NILE, ANGELCORPSE) touring commitments with ALL THAT REMAINS, he is unable to join INSIDIOUS DISEASE (formerly INSIDIOUS) for their two German shows this week. His replacement for these performances will be DIMMU BORGIR/ex-VADER drummer Dariusz "Daray" Brzozowski.

INSIDIOUS DISEASE will make its official live debut at this year's Wacken Open Air festival, set to take place July 30 - August 1, 2009 in Wacken, Germany. The band will perform on the W.E.T. stage on Friday, July 31 at 11:00 p.m. A warm-up show is planned for July 30 at the Magnet club in Berlin, Germany as the support act for CALIBAN. INSIDIOUS DISEASE will also take part in a meet-and-greet at Wacken on Friday, July 31 between 6:30 p.m. and 7:15 p.m. at the Metal Hammer fanclub stand.

INSIDIOUS DISEASE's long-awaited debut album, tentatively titled "Shadowcast", was mixed with Russ Russell (NAPALM DEATH, DIMMU BORGIR) for a late 2009/early 2010 release via an as-yet-undetermined record label. In addition, the band has recorded a cover version of the DEATH classic "Leprosy" as a tribute to "one of the greatest metal bands ever," according to vocalist Marc "Groo" Grewe (ex-MORGOTH). He tells BLABBERMOUTH.NET, "The INSIDIOUS DISEASE version is not denying the original [since it] can't get any better."

INSIDIOUS DISEASE recorded 12 songs for its debut CD at a studio in Norway with producer Terje Andersen (a.k.a. Cyrus) of SUSPERIA.

NECROPHAGIA frontman Frank "Killjoy" Pucci has co-written and contributed guest vocals to a cut called "Rituals of Bloodshed" which is included on the album. Other songtitles set to appear on the CD include "Conceived through Hate", "Desire" and "Insomanic". 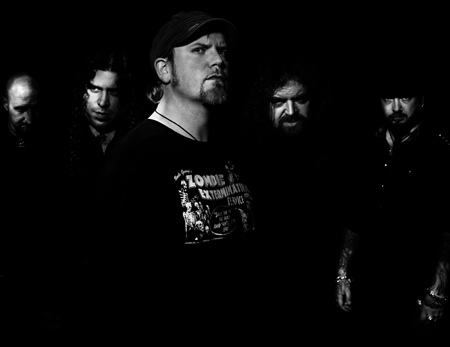 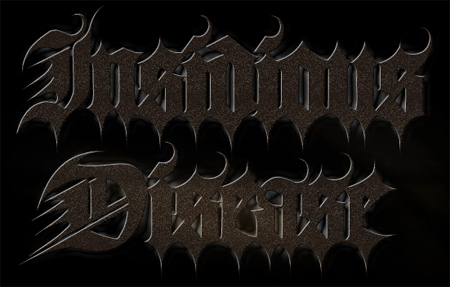