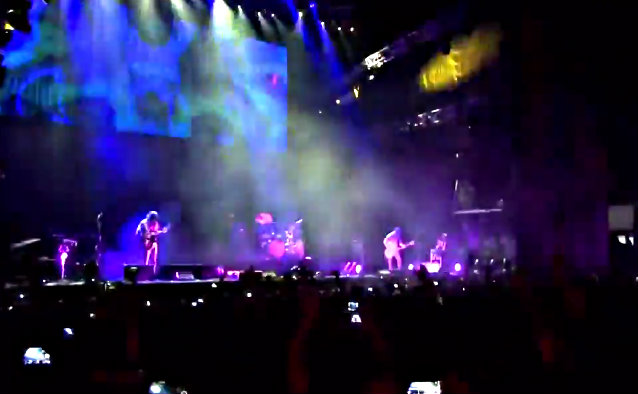 "Live every day like it's your last," Maynard said prior to launching into the song "Vicarious". He added: "We'd like to dedicate this set to Oderus Urungus, Dave from GWAR."

Fan-filmed video footage of Keenan's dedication can be seen below (courtesy of Chris Ramon).